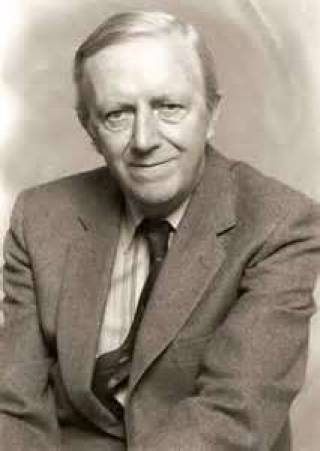 Professor Alexander Lamb Cullen, who died on 27 December 2013, combined the sharpest of scientific minds with a gentle personality and a great sense of humour. He was born in London in 1920, and was educated at Lincoln School and Imperial College. During WW2 he worked on early radar at the Royal Aircraft Establishment, Farnborough. In 1946 he took up a lectureship at UCL, where he worked with Harold Barlow in building up microwave research. In 1955 he was appointed to the Chair of Electrical Engineering at the University of Sheffield, but returned to UCL to succeed Barlow as Pender Professor and Head of Department in 1967. He was appointed OBE in 1960, and was elected Fellow of the Royal Society in 1977. Among other distinctions he received the Faraday Medal of the Institution of Electrical Engineers (now IET).

He recounts his early time at UCL, and his relationship with Harold Barlow: ‘Soon after my arrival at UCL, Barlow gave a series of public lectures on microwaves, and also wrote a book on the subject which was published by Constables. Later Constables asked him to write a book on microwave measurements. He asked me to collaborate with him in writing it. He was now very busy with University as well as College matters, so I did most of the writing. When each chapter was finished, I would discuss it with Harold. He never made major changes in my text, but often suggested better ways of explaining things. We got on very well, in spite of our age and seniority difference. When Barlow delivered the book to Constables, he suggested that my name should come first in naming the authors. Constables did not like this idea; they obviously thought that the book would sell better with a distinguished Professor as the first author. But Barlow asked me to let him know which parts of the book had my own ways of treating the various topics, and he then wrote a foreword in which he gave me due credit. A typical act on his part. The book eventually became well known, and was published in Chinese and Russian’.

Alongside many other achievements Cullen developed a method of measuring the radiation pattern of an antenna using a modulated near-field scatterer – originally a mechanically-rotating dipole but nowadays an electronically-modulated scatterer. The technique is now employed in an antenna measurement range marketed by the French company SATIMO.

I was lucky enough to work with him in the late 1990s on a technique to measure the electrical properties of materials at mm-wave frequencies. It was an unusual collaboration – including an Iranian PhD student and another distinguished retired scientist, Dr Arnold Lynch. Alec brought a wealth of insight and practical experience in microwave measurements (‘If you want to understand an error, make it as big as possible’). The paper that we published on the work was awarded the Maxwell Premium of the IEE.

He married Margaret in 1940, and they had a long and happy marriage, with three children: Michael, Isobel and David.

He was an accomplished jazz musician, playing drums and clarinet. At his home, next to shelves full of books on electromagnetism, was his drum kit and (more recently) a vibraphone. In his school days he had played music with the broadcaster, Steve Race, and they kept closely in touch throughout their lives.

He was a signatory of a letter to The Times in January 1986, calling on Prime Minister Margaret Thatcher to ‘Save British Science’. This led to the foundation of the Save British Science pressure group (now the Campaign for Science and Engineering, CaSE), which has built up an enviable reputation with politicians and the media in representing the concerns of scientists and engineers.

When Eric Ash left UCL in 1985 to become Rector of Imperial College, he remarked that Alec was ‘the last gentleman in the business’. There is no-one who would disagree with that.