“Notosuchians were an incredibly diverse group of crocodylomorphs during the Cretaceous”

The Evolution and Biogeographic History of Notosuchian Crocodylomorphs. 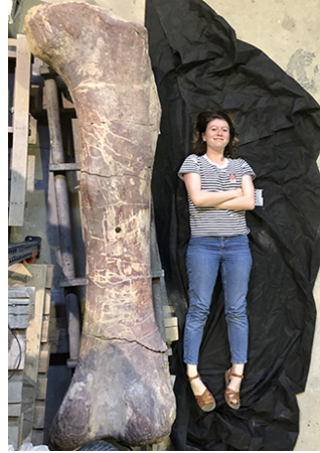 Today’s 24 species of crocodile are the remnants of a once much more diverse and widespread clade, Crocodylomorpha. One crocodylomorph group, Notosuchia, which went extinct ~10 million years ago (Ma), was especially diverse on the southern continents (South America, Africa, Indo-Madagascar) during the middle–Late Cretaceous (120–66 Ma), including hyper-carnivorous and even herbivorous species. Unusually for crocodylomorphs, many of these terrestrial species lived in hot, arid environments. Along with crocodylians, one group of notosuchians survived the Cretaceous/Paleogene (K/Pg) mass extinction (66 Ma) that killed off the non-avian dinosaurs.

My project will focus on determining the phylogenetic interrelationships of Notosuchia by undertaking first-hand study of specimens in museum collections around the world, and developing novel character data for the notosuchian skeleton. Once this dataset is complete, phylogenetic analyses will be implemented within a Parsimony and Bayesian framework, and the resultant trees will be used to analyse macroevolutionary patterns in notosuchians, including: (1) the biogeographic history of the group, including the incorporation of possible geographic and climatic barriers to dispersal; and (2) correlates of survival versus extinction in species across the K/Pg boundary, 66 Ma.