The pilot programme took place between December 2018 and October 2019 and resulted in an exhibition on the Queen Elizabeth Olypmpic Park in October 2019.

The pilot activity was part of the Trellis programme of Community Engagement, funded by the EPSRC Impact Acceleration Account, which aims to facilitate knowledge exchange between researchers and communities and individuals based around the future UCL East campus.

In December 2018 we invited a group of artists and researchers to a matchmaking event on the Queen Elizabeth Olympic Park. You can read more about this event on our Public Engagement blog. From this, nine artist:researcher partnerships were awarded £2,000 to develop collaborative ideas, and four partnerships were commissioned in May 2019 to take part in a public exhibition in October 2019.

Artemis of the Lea, Amanda Lwin and Dr. Tse-Hui Teh with Dr. Lena Ciric

A multi-breasted riverine goddess, Artemis of the Lea is festooned with brightly coloured, curvaceous vessels. This sculptural installation combines hard-edged lines with voluptuous forms, and recalls the muscular yet feminine strength of ancient fertility deities. The installation’s pendulous jugs have been designed to function as both watering cans and portable urinals.

Through summer 2019, allotmenteers in East London experimented with urine to boost their veg. When topped up with water, urine is an excellent nitrogen-rich fertiliser – seven times more potent than manure. At the exhibition’s end, these vessels will be distributed for ongoing use as they continue to nourish their crops with home-made fertiliser.

Water networks are often thought of as the infrastructure of supply and sewerage, yet solutions can operate from the scale of the individual to that of the landscape. This project resurrects connections with the environment, celebrates water infrastructure and elevates human bodily waste as a natural and precious resource.

Dr. Tse-Hui Teh is a Lecturer in the Bartlett School of Planning. Her research concerns how water and sanitation infrastructures can become more sustainable, using a collective coevolution of actant trajectories (CCAT) framework. She also explores how public participation can change urban infrastructure.
Amanda Lwin (b. 1982, London) is a British-Burmese artist based in East London, whose practice charts the interfaces between landscapes, cities, buildings and people. Her work attempts to reveal how invisible or intangible systems, infrastructure and ways of thinking underlie our everyday lives, and is informed by an array of psychogeographic, anthropological and mythological sources.
Dr. Lena Ciric is an Associate Professor in the Department of Civil Environmental and Geomatic Engineering. Her research expertise lies in the application of molecular biology techniques to the profiling of microbial communities in various environments. She leads the Healthy Infrastructure Research Group at UCL CEGE. Artemis of the Lea, 2019. Commissioned by UCL Culture and UCL East © Amanda Lwin and Tse-Hui Teh. Photo © Matt Clayton

Beyond Sight Within Grasp (Red, Yellow and Blue), David Rickard and Prof. Tony Kenyon in collaboration with Beyond Sight Loss

Nanotechnology refers to the manipulation of matter at the scale between 1 - 100 nanometres, a size significantly smaller than the wavelength of light, which ranges from 400nm for blue light up to 700nm for red light. Therefore, it is literally impossible to see matter at nanoscale with any optical microscope. Instead, scientists have developed tools such as the Atomic Force Microscope (AFM) which gently hovers above, touches or taps a surface to generate an image. These methods engaged by scientists have interesting parallels with the way visually impaired people build up a picture of their environment, from a tapping cane within public spaces to touching Braille on the pages of a book.

For Trellis we studied mirror polished copper surfaces at a scale equal to the wavelengths of red, yellow and blue light. At these scales rich landscapes are revealed within the smooth surface and with the help of visually impaired collaborators a new public sculpture has been developed. It inverts the visual dominance typically found within public art by engaging touch as a primary mode of sensory perception during production and reception.

David and Tony have been working with Beyond Sight Loss and would like to particularly thank David Johnston, Rais Ali, Ikram Chohan, Dickin Bowling, Shahid Latif, Bride McDonagh and Malik.

David Rickard (1975) is a New Zealand artist based in London, UK. His original studies in architecture have had a lasting impact on his art practice, embedding queries of material and spatial perception deep into his work. Through research and experimentation his works attempt to understand how we arrived at our current perception of the physical world and how far our perception is from what we call reality.

Prof Tony Kenyon is Professor of Nanoelectronic & Nanophotonic Materials, and Vice Dean (Research), heading the Nanoelectronic & Nanophotonic Materials group. His group’s work focuses on the application of nanostructured materials to nanoelectronics and photonics. He is particularly interested in resistance switching devices (memristors) based on oxides (mainly silicon oxides, but other CMOS-compatible oxides as well), and how they can be used in novel non-volatile memories, hardware acceleration for Machine Learning, and neuromorphic devices and systems.

Point Patterns results from the encounter between a mathematical analysis of the street network of London and the creative disciplines of drawing and dance. It arose out of conversations between visual artist Alison Turnbull and theoretical physicist Dr Elsa Arcaute. They investigated fractal patterns, mapping and colour-coding in urban systems and in drawing.

Central to Point Patterns is a multi-layered film made in collaboration with Hugo Glendinning. The film explores movement, in the drawings generated by research data and maps of East London, in the sounds and patterns created by dancers in the studio, and in the rhythms of the city itself.

Related works on paper were shown alongside the film. Meticulous, scrolllike drawings transcribe data from the street network and small drawings on graph paper consider the idea of the city as a fractal structure.

Alison Turnbull is a visual artist, working with painting, drawing and architecture. Based in London, she is represented by Matt’s Gallery.

Dr Elsa Arcaute is a theoretical physicist and dancer. She is Associate Professor at the Bartlett Centre for Advanced Spatial Analysis, UCL.

Hugo Glendinning is a photographer and filmmaker. He has worked with many leading British theatre and dance companies.

No Smell, No Dirt, No Trouble*, Lucy Harrison and Efstathia Kostopoulou

The project includes a series of interventions, drawing on archive research carried out by Lucy Harrison and Efstathia Kostopoulou, looking at industries that were previously on the Queen Elizabeth Olympic Park site.

Focussing on paint, sweet and jam factories, they have juxtaposed the recipes, formulas, colours and tastes of the products along with the plants that are currently in the park. Using promotional material, images and oral history interviews from these businesses found in joint research, Lucy has produced a sound piece, booklet and vinyl window piece. A film made in the current location of a print finishers that was once on the Olympic Park, and which was photographed by Lucy as it was being demolished in 2007, is installed in the café.

During the Trellis exhibition Lucy and Efstathia ran workshops with the artist Clare Qualmann and the community herbalist Rasheeqa Ahmad to explore foraged jam and historical uses of the plants and flowers now on the site.

Lucy Harrison’s work takes the form of installations, films, audio and books. Her projects are often collaborative and involve the participation of people who live or work in the places where they take place, exploring how the history of a place often resonates in the present day in unconscious ways.

Efstathia Kostopoulou is a Doctoral Researcher at the Bartlett School of Architecture, University College London. Her work spans across urban design and heritage to media architecture and the publics. Her current research looks into affective digital and physical experiences that relate public spaces to local memory and culture.

Partnerships: We would like to thank local historians Peter Williams and Mark Gorman, Hackney Archives, London Metropolitan Archives, University of East London Archives and Newham Archives and Local Studies Library for their support. Thanks also to artist Clare Qualmann and the community herbalist Rasheeqa Ahmad for the workshops.

Watch a playlist of videos about the Trellis project:

If you want more information, you can get in touch.

Coming to see us?
Get directions to:
Similar projects 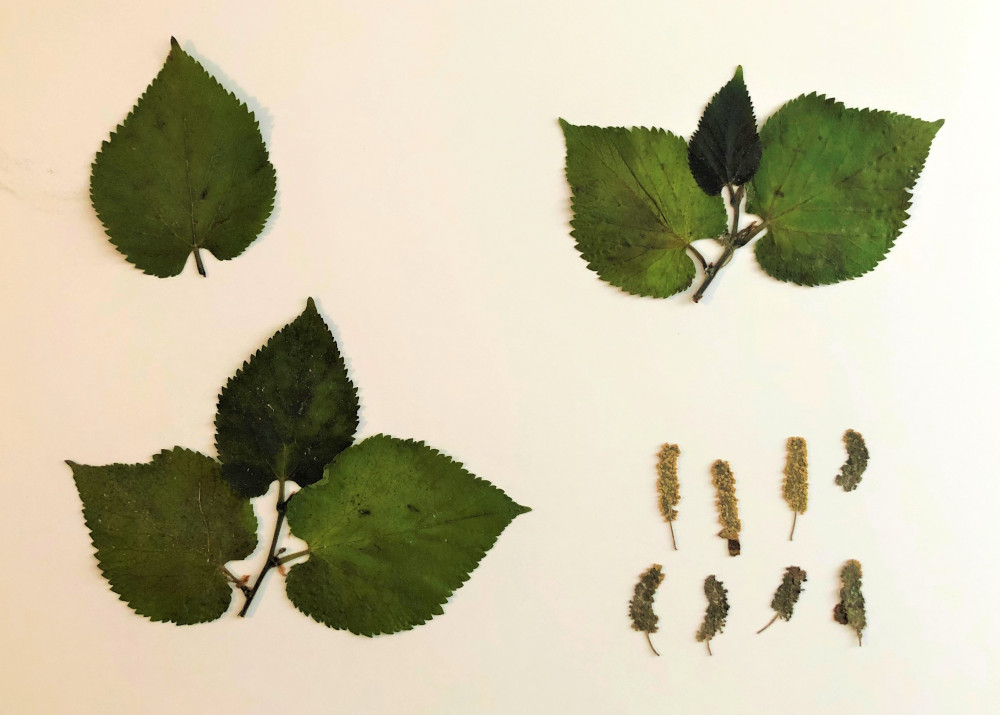 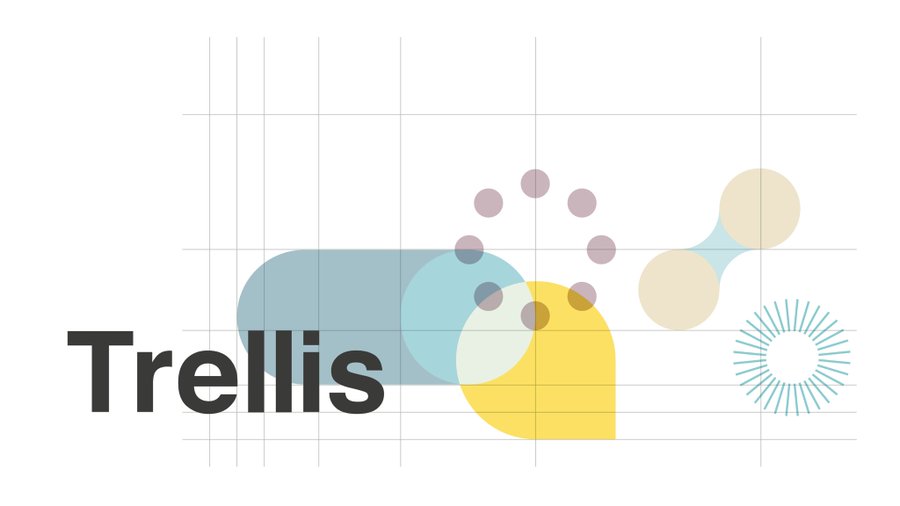