UCL & Audible: the Neuroscience of Narrative

Which is better, the book or the movie? - UCL's Professor Joe Devlin, Head of Experimental Psychology and Vice-Dean (Enterprise), UCLC and a team from Audible find out. 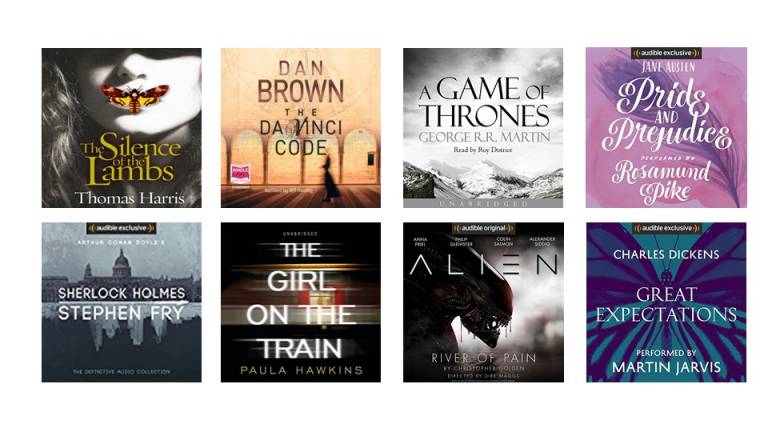 It’s a debate that’s been raging since the film industry began in the late 19th century. And it’s a nagging feeling most of us recognise. The one where we watch a movie based on a book we’ve read and enjoyed, and somehow the film is a disappointment.

Wonderful though the big screen is, some experts claim that the small page is simply more engaging, more inclusive and involves greater use of our imaginations. It’s said that while a film lets you observe everything, a book lets you feel everything.

Others argue that a book requires the reader to make a greater and more time-consuming commitment, so the impact of the written word is stronger and longer lasting.

But how do audio books compare with film?

Audible is the leading producer and distributor of audiobooks and other spoken-word content. And their products must be doing something right for their readers, as the market is rapidly expanding. Forbes reported that in the USA alone, the American Association of Publishers found digital audiobook revenue rose 32.1% in 2018's first quarter.

However, the team at Audible wanted to know more about the growing popularity of their products. Tracey Markham, Country Manager at Audible UK explained, ‘We wanted to know what happens in people’s minds when they listen to audio books. How does listening to a story being told versus watching it enfold on screen – as a film or television adaption, for example - influence their emotional engagement? To find out more,  we turned to UCL Consultants.

Björn Christianson, Consultancy Manager at UCL Consultants, takes up the story, ‘Many in industry view academic research as inaccessible and impenetrable and it’s my job to bridge the gap between academia and enterprise. Working with the Audible team, I helped them firm up their understanding of their requirements regarding listener engagement with audiobooks, identified the UCL researchers at the forefront of the relevant fields, and facilitated the discussions between them about the most efficient ways to proceed.’

A page turning story unfolded, with a twist

Professor Joe Devlin, Head of Experimental Psychology and Vice-Dean (Enterprise) at UCL was lead researcher on the project.  He explains how the research was undertaken, ‘We measured the physical reactions of 102 participants aged between 18 and 67 to audio and video depictions of scenes from popular books ranging from A Game of Thrones to Great Expectations. We carefully chose the scenes based on their “emotional intensity”, and for having minimal differences between the audio and video adaptations. While the participants watched and listened, we measured their physiological responses – heart rate, emotional arousal and body temperature.’

The first set of data was really clear – video won. Participants overwhelmingly reported that they felt they paid more attention, engaged more with the character and felt more in the story with the videos than the auditory.  ‘But,’ cautioned Joe, ‘the physiological data told us something different – the participant’s physical reactions were completely opposite to what they thought they were experiencing. When listening to the audio, their heart rate was higher, they had a stronger galvanic skin response, and their body temperature rose.  All three indicate that participants were doing more work, they were engaging more deeply, with the audio stories. We predicted that listening to a book would be more cognitive work because listeners are more involved in the co-creation of the story, via their imagination. And so it proved. We just hadn’t imagined how clear the results were going to be.’

The resulting paper, Measuring Narrative Engagement: The Heart Tells the Story, has just been published. The findings from the study can be found at www.bioRxiv.org (bioRxiv is pronounced ‘bio-archive’) where the research is ready to be peer reviewed.

This story’s not over

Björn commented, ‘The second phase of the project is now complete, the results have been widely covered in the press and discussions are underway about a third phase. The quality of the research that has come out of the collaboration between Audible and UCL proves beyond doubt just how valuable such work can be to both enterprise and academia.’

Tracey added, ‘History shows how spoken word stories have enthralled, entertained, inspired and moved us through the ages. But the work of Joe and his team has shown beyond doubt just how powerful and engaging listening to stories remains.’

Joe concluded, ‘This project has been exciting and highly enjoyable. Björn at UCLC has been instrumental in its success and the Audible team have been a pleasure to work with. What’s more, our research has opened up many interesting possible routes for future exploration. For example, could the powerful emotional engagement of audiobooks help young children better develop their literacy and vocabulary skills or elderly dementia sufferers improve their connections to the world around them? Watch this space.’