Professor Ioannis Lianos‘ article ”Causal uncertainty and Damages Claims for the Infringement of Competition Law in Europe” has been awarded the 2016 Concurrences Award as one of the top 10 academic articles globally in competition law for 2015.

The Concurrences Awards is the major global competition for the best academic and business articles in competition law and related disciplines. The Antitrust Writing Awards Editorial Committee reviewed more than 600 Academic papers and Business articles; roughly 170 of them were selected in the first phase of the competition.

72 Steering Committee Members (the leading scholars in the discipline) read and casted their votes in the second phase of the competition and 20 academic articles were selected.

The Board comprising competition law officials (current and former) selected the 10 winning articles and the award ceremony took place on April 5th at the Fairmont hotel in Washington DC in the presence of more than 120 guests from major global corporations, consumer groups, competition law and government agencies, judges, the antitrust bar in Washington DC and academics.

More on the composition of the board and the steering committee can be found here. 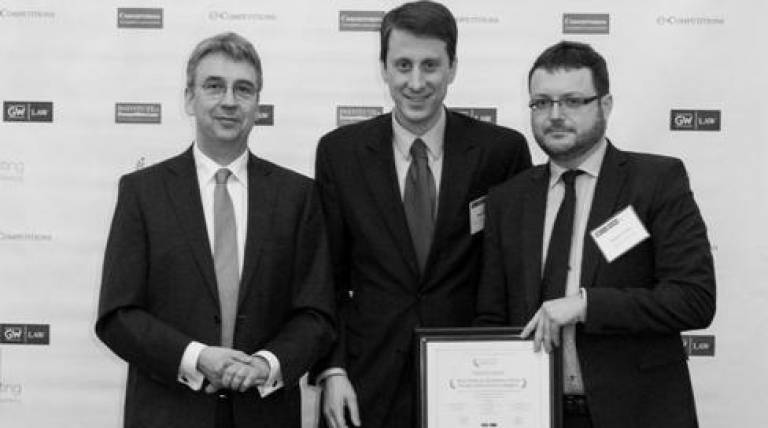