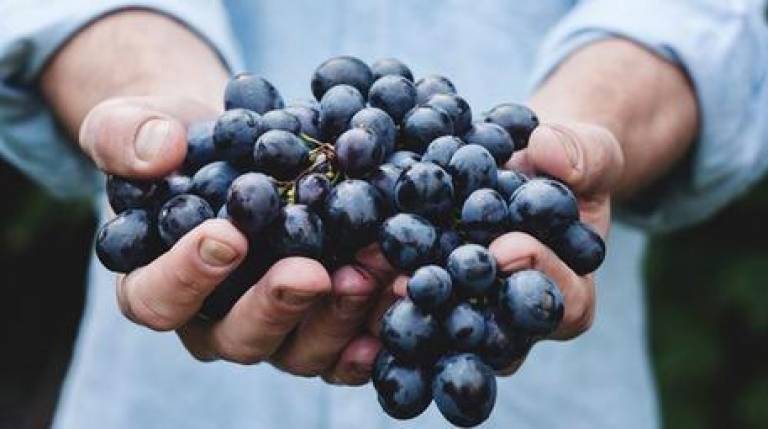 The idea of the conference is to engage closely with competition authorities from the BRICS countries but also beyond and to involve international academics from law and economics/sociology of markets in order to test our ideas and proceed to the publication of an edited volume on “Global Food Value Chains and Competition Law” to be submitted to an International Publishing House.

The conference will form part of a new BRICS initiative, the BRICS Joint Research Platform on Competition Law and Policy, which will be officially launched during the conference in St Petersburg by the heads of the BRICS Competition Authorities.

It also builds on the CLES@UCL research initiative on Global Food Value Chains and Competition Law: Towards “holistic” competition law?

The object of our study: Global Food Supply Chains

The food supply chain is generally depicted as composed by three main levels: agricultural production, industrial processing and wholesale or retail distribution. At a closer look, however, the food supply chain becomes more complex, involving a number of other stages and links that add value to the chain either in the form of goods or services inputs.

The food industry is heavily dependent on the scarce resources like arable land, water and genetic resources (a limited biodiversity). At each level of the supply chain, firms as well as other organizational forms perform specific activities supplying goods or services. Moreover, at the same level there may be one or more firms performing the same or complementary activities, adding specific value at their stage of activity.

The food supply chain, as a whole, originates therefore even before the agricultural sector, with the factor market (for example the seed provider) and ends with the final consumer. The power relations in the global food value chain are characterized by international actors and local producers operating within the geographic area determined by the logistics of the product.

Issues of distribution of the total surplus value of the global food chain are thus paramount and should inevitably influence competition law enforcement.

Our research focuses on global value chains, because of our emphasis on issues of distribution of the total surplus value of the chain and inequality of bargaining power in the context of these transnational supply chains, which, according to us, competition law should tackle. Hence, the use of the terminology of global value chains carries, for us, normative implications.

Yet, we would like this workshop to offer us the possibility to also engage with more mainstream competition law work focusing on global supply chains as a fact with which competition law should grapple with.

The session will aim to understand the dynamics of the global food value chains and the strategies developed by the big global players in the various segments of the chain. The impact of technology will be explored in depth, as well as recent phenomena such as e and m-commerce in groceries, the transformation of consumer preferences with fair trade and organic food, land grabbing, consolidation/concentration of the various segments of the chain, the development of platform competition and one stop shop strategies from major global players, the rise of transnational food production and distribution, the role of FDI in the food industry, the development of global conglomerates active in many segments of the food value chain (through interlocking shareholding or FDI), the situation of farmers in the Global South and public policy choices in selected jurisdictions, in particular the BRICS. We will examine the role of financialisation and futures commodity trading in the formation of prices and the development of the industry, as well as the intervention of new actors not previously directly related to the food industry (e.g. hedge funds, sovereign wealth funds). The session will slowly introduce the competition law and economics debate that will follow and will aim to integrate the competition law narrative within the broader setting in which public policy unveils. The panel will also introduce the value chain approach and reflect on its relevance for competition law analysis.

Session 2: The Consolidation of the Upstream Part of the Food Supply Chain (i.e. the Seed Industry): Challenges for Competition Law and Policy

This roundtable will focus on the upper segment of the value chain: the factors of production and in particular seed players, and their relations with the other segments of the value chain – i.e. farmers. Global seed producers (Monsanto, Syngenta, Dow DuPont, Bayer, BASF, etc.) continue to increase their global presence in the “seed chain” and have recently acquired critical market influence in key food exporting regions. The degree of consolidation of this segment of the value chain has considerably increased in recent years. Corporate mergers, joint research enterprises and patent pools established by the leading global seed companies have led to higher levels of concentration on several markets. The development of bottlenecks in the food supply chain may affect consumers and other market actors, such as farmers. The increasing consolidation of the inputs market may raise important public policy concerns, in particular as the share of the total surplus value appropriated by the farmers has considerably fallen. This may be of concern in particular for jurisdictions not disposing of sophisticated state subsidies regimes enabling some transfer of resources to poorer rural communities, highly dependent on agriculture. An analysis of recent M&A activity shows a shift in strategy from seeds acquisitions to acquisitions in the biotech and IT sectors, a clear diversification move for global leaders happening in the so called “digital agriculture”. The rise of “contract agriculture” also sets interesting challenges to competition authorities. The session will explore how competition authorities around the world, in particular US, EU and BRICS have dealt with the rising concentration of the seeds or factors of production segment of the value chain and will reflect on the way ahead.

The session will explore the intersection of competition law in the food industry with a number of international and transnational legal regimes, in particular, trade law, human rights law and international standard setting. The session will critically engage with the call by the UN special rapporteur on the right to food to integrate the competition law framework within a human rights’ narrative and to take into account the right to food (and other international obligations, such as biodiversity etc) in the enforcement of competition law. We will examine this in the context of the broader competition policy environment of the food industry, the opening of international trade being an important element of this environment, as it enables market actors to establish transnational/global value chains. We will explore the implications this will have to the emergence of a “holistic” competition law model and possible parallels with the impact other social and economic rights, such as the right to health, have exercised on competition law enforcement. The development of agri-food standards also constitutes a main drive for the development of global value chains. These are set by public authorities or by the private sector, in some instances by suppliers, in other instances by retailers or other intermediaries (e.g. importers, exporters). The structure of the governance regime also differs from product to product and is in some cases supply-driven while in others buyer-driven. The panel will discuss the emergence of (public, private, hybrid) food standards and how these impact on competition and on the structure and sustainability of global value chains. The session will aim to integrate a few case studies so as to enable us to understand the great variety of governance regimes in operation. The interaction between standards regulation and competition law will also be examined. Finally, we will address the arguments that some authors have recently put forward that antitrust or trade may inhibit “socially responsible collaboration” or social/environmental regulation.

The session will aim to understand the dynamics and conditions of the global food value chain, as well as the challenges the BRICS countries face in regard to the globalization of the supply chains and production in the food sector. The discussion will be focused on the challenges of accelerating economic concentration in global food markets, monopolization and irregularities of the market power in the global chains of food production and supply, as well as the impact of the ongoing processes that might affect consumer and market structure in the BRICS countries. The main focus will be on the new technological and legal forms of food production and distribution, the nature of the relationship between supply chain players – in particular between biotech seeds and fertilizer producers and farmers, between food producers and retailers, etc. A comprehensive discussion of the mentioned issues during the session allows developing the approaches to antitrust regulation of socially important and innovative markets in the BRICS countries.

This part will engage with the competition law framework that has been mainly used by competition authorities in guiding their action in this area and assess if it is up to the task. We will explore other alternatives on offer, including the value chain approach, and examine their comparative advantages and disadvantages.

The session will aim to engage with competition law priorities in the food sector and will address a number of questions. How do the incentives of farmers, suppliers and retailers align with those of consumers? What is the current state of learning with regard to price transmission across the chain? What about the transmission of other parameters of competition (e.g. quality, safety)? How competition in procurement markets influences selling markets? Should competition authorities develop specific tools of antitrust analysis for procurement markets? Should one abandon an efficiency focused approach or one focusing on “consumer welfare” for one that emphasizing “fair” distribution of the surplus value or other public interest aims? Would a Global Value Chain approach focusing on the distribution and allocation of the surplus value among the many actors in the chain arrive to different results, with regard to the actors and interests “worthy” of competition law protection? How have competition authorities around the world used the concept of relevant market, market power, bargaining, or buyer power in selling and procurement markets in this sector? What is the evidence so far on the welfare effects of bargaining power and the various configurations of market structures along the supply chain? What about innovation, choice? Is it possible to measure these effects and what do we know about them? Should vertical restraints be the focus of competition authorities in this sector? Or should they focus on horizontal cooperation agreements and cartels? What are the insights of the Global Value Chain approach for competition law and policy? Does it have the potential to develop an alternative or complementary framework to the one currently used? What type of competition law interventions would it favour?

This panel will engage with the considerable role of IP rights in the development of the industry and the strategies followed by the main actors, in particular in the upstream factors of production market to build competitive advantage and protect their technology. We will examine the way IP regimes organize access to protected knowledge for specific actors, such as farmers, under specific conditions and the alternatives that competition law, and other tools, may offer in this context. This part will engage with international IP law in this area, the interplay between various forms of IP protection (e.g. patents and plant variety rights) and which economic actors benefit the most from them, the way this international IP protection was implemented at the local level (in particular in BRICS), the possible limitations of IP rights from other international obligations (e.g. biodiversity, the right to food, right to health etc), the constitution of global commons. We will in particular focus on the strategies developed by major economic actors at the upstream part of the food supply chain (factors of production), which dispose of considerable portfolios of IP rights and the way the interaction between competition law and IP law has been managed or may be managed in the future.