History of the ICH Library

A library has existed on-site since the Institute was founded. It was originally located in Great Ormond Street Hospital as a reading room, alongside a common room and temporary teaching facilities.

The original library was located, with the rest of the Institute, in temporary accommodation in Great Ormond Street Hospital. It was equipped with bookcases, and in 1948 Dr W W Payne was appointed as the Hon. Librarian. In 1950 the library acquired a free-standing rack for displaying journals, and steel shelving bays replaced the wooden bookcases. This allowed the books to be "properly arranged" and more easily accessible.

The range of journals subscribed to at this time covered several specialties along with representative paediatric journals from overseas. The book stock was primarily for reference only, but loanable copies were being made available for students to borrow, particularly copies of the more important paediatric textbooks. A collection of reprints was begun, based on papers published by members of staff of the Institute and Hospital. 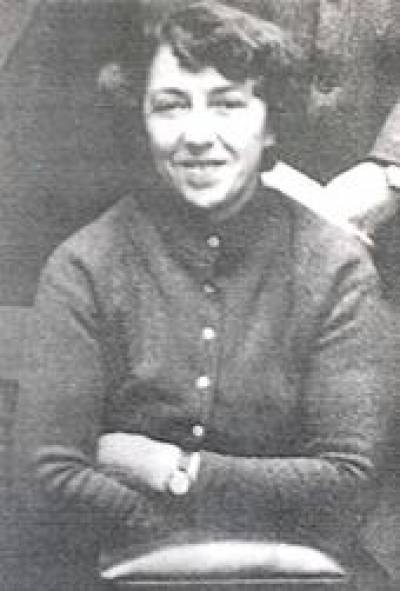 In 1952 the space available was generously increased by the Hospital making available another room. This was used by the Librarian and for the storage of journals, thus making more space available in the library itself. Winifred Lord was appointed as the first professionally qualified Librarian of the Institute. She continued in post until her retirement in 1971. She died in April 1990 and an obituary was published in the Health Libraries Review in September 1990.

In 1953 the decision was announced by the University of London, "to allocate sufficient capital for erecting the library and a floor of laboratory rooms as 'stage 1' of the final Institute of Child Health building." These two floors would be built over the "Model Welfare and School Clinic" building being jointly funded by the Province of Natal and the Board of Governors of the Hospital. All this remains as part of the Province of Natal Centre which survives today and still incorporates part of the Institute Library.

The announcement of this funding can be read in the Eighth Annual Report of the Institute of Child Health.

The Institute's new building housing the Province of Natal Centre was opened in May 1956, and the library and laboratories in November 1956. Moving the library from the Hospital to the Province building created more spacious accommodation and room for future expansion. Considerably more study space was available to staff and students, a section of the library was devoted to the increasing journal collection, whilst a bay was devoted to the historical collection containing the Charles West Library. Adjoining the new library was the new student common room, which looked out across Coram's Fields and the site of the Foundling Hospital.

During the course of the year 1958-59, the Hon. Librarian, Dr Payne, retired. In April 1959 a Library Committee was established under the chairmanship of Dr G H Newns, Dean of the Institute. At this time the library held over 2,000 books and bound journals, and subscribed to 90 periodical titles.

The Institute was part of the British Postgraduate Medical Federation (BPMF) and in the 1960s, Winifred Lord was involved with discussions among the librarians of the other BPMF institutes to foster increased co-operation between the libraries.

Winifred Lord retired in 1971. She was replaced by Elaine Brooke, who continued as the Institute Librarian until she retired in the summer of 1995.

During the early 1990s a number of discussions took place concerning the future development of the library, alongside other facilities nearby. Within the Institute, the Centre for International Child Health (CICH) had established its own collections supporting its teaching in maternal child health and disability studies; whilst the Hospital had established its own nursing library - the Charles West School of Nursing Library - on the corner of Lamb's Conduit Street and Great Ormond Street. With the closure of the nursing library in 1994 and the transfer of its stock to South Bank University, it was decided to merge the institute collections under an enlarged library facility. This was largely funded by the Friends of the Children of Great Ormond Street. The project formed part of the Dean's (Professor Roland Levinsky) broader plans to radically expand and transform the existing teaching and research facilities of the Institute. 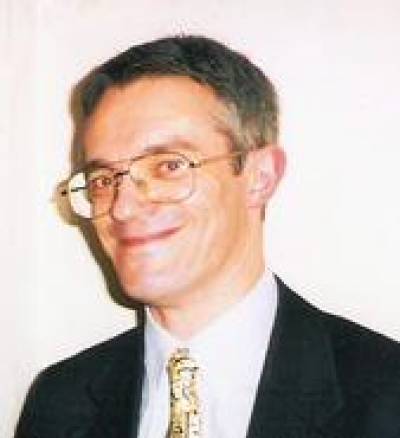 John Clarke was appointed in January 1996 to oversee this expansion and reorganisation of library services. The original library was closed for rebuilding and refurbishment during the period April to September. An interim library facility was temporarily located in the old Virology Laboratories next door, with access provided via the "back stairs".

The new library was opened on 3 September 1996 in readiness for the new academic year. In addition to funding from the Friends of the Children of Great Ormond Street and ICH, additional monies were provided by the Directorate of Nursing. This allowed the purchase of books and journals for nursing and allied health staff at GOSH.

The new facility included a small PC cluster linked to the new ICH network. Over the years this has been extended further and has included a range of PCs directly connected to the GOSH network. The library also moved from a paper-based circulation system to the SIRSI Unicorn computerised system. This included a web-based catalogue affording wider access to our collections.

Since 1996, the library has provided training support for the courses run by the Centre for Evidence Based Child Health. This has enabled library staff to build considerable expertise in search strategies for evidence based medicine and for systematic reviews. The library has also developed a wide range of training courses for medical databases and other software including Reference Manager and Endnote.

In 2002 the library was extended as part of the construction of the Philip Ullmann Wing. The reading room area was extended over to Lamb's Conduit Street with bay windows overlooking the street. A special plaque recorded ICH's "gratitude to the Special Trustees for Great Ormond Street Children's Hospital for their generous contribution to the building costs of the Philip Ullmann Wing and in particular for their support for this extension to the Friends of the Children of Great Ormond Street Library". 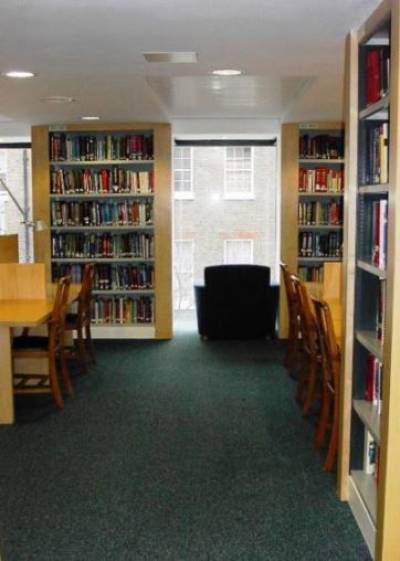 Following a reassessment of space across ICH, in 2008-09 the Space Committee decided the R & D Department should be relocated from Long Yard to the Phillip Ullmann Wing. The alterations to the reading room to create new offices for the R & D Department did allow for the complete refurbishment of the reading room area and to ensure there was no loss of reading spaces.

With the merger of the ICH Library with UCL Library Services in 2009, the library's existing "Unicorn" web catalogue and was transferred to the UCL system. The merger also allowed a further expansion of the library's access to electronic resources and to materials held in the UCL Store at Wickford. The paper journals collections have been reduced considerably, with most titles now being available via desktop access or the library PC cluster.

In 2015 the library installed an RFID (self-issue) terminal as part of UCL Library Services' programme of making self-issue available across all library sites.

Staffing. In January 1996 the staffing comprised John Clarke and Teresa Wood. Funding from GOSH allowed the appointment of an Assistant Librarian, later designated the Deputy Librarian. The staff appointed to this role have included Owen Stephens (1996-1998), Olwen Revill (1998-1999), Sue Holloway (1999-2003), Angela Young (2003-08) and Grazia Manzotti (2008 onward). With the merger of the CICH collections, Margaret Dawson and Sally Hartley joined the library team from the CICH department. Sally Hartley subsequently joined the CICH department. Following Margaret Dawson's retirement in 1990, she was replaced by Anna Mitman (1990-2001), Marina Waddington (2001-2003) and Heather Chesters (2003 onward). Teresa Wood retired at the end of 2010 after 21 years' service.