This project involved the development of eFORGE and eFORGE2, computational tools for the analysis and interpretation of DNA methylation data from Epigenome-Wide Association Studies (EWAS).

This project involved the development ChAMP and ChAMP v2, computational tools for the analysis of DNA methylation data from the Illumina 450k and EPIC arrays.

NOCRC aims to develop and validate high performance blood based tests for colorectal cancer in a recently initiated screening program in Denmark quantifying existing and novel markers by sensitive and cost-effective methods. Our contribution was towards the development of a targeted bisulfite sequencing assay.

This project represents the EU contribution to the International Human Epigenome Consortium (IHEC). It focuses on the analysis of haematopoietic epigenomes from healthy individuals and patients with common leukaemias and autoimmune disease. Among our main contributions to BLUEPRINT were an epigenome-wide association study (EWAS) in Type 1 Diabetes and an epigentic variability study in immune cells.

This EU Network of Excellence aims to link epigenetics with systems biology. The multidisciplinary consortium modelled and quantified the dynamics and mechanisms of epigenetic modulation at the cellular and organismal level. Our contribution was to explore and quantify the link between genotype and epigenotype.

Bladder cancer is the fifth most common cancer in the UK with over 11,000 new cases and almost 5,000 deaths per year. This project provided a better understanding of how aberrant DNA methylation can affect the aetiology of bladder cancer and how we can use this information to identify novel epigenetic biomarkers for the diagnosis and prognosis of the disease. The main outcome of this study was the development of UroMark.

This programme aimed to establish integrated (epi)genomic analysis in a clinical setting, utilizing the NET BioBank at the Royal Free and UCL Hospitals. Neuroendocrine Tumors (NETs) are a heterogeneous group of neoplasms which arise from the hormone-producing cells of the bodyís nervous and endocrine systems and affect 1/50,000 in the UK population.

Induced pluripotent stem cells (iPSC) are pluripotent cells derived from reprogramming of non-pluripotent cells such as skin or blood cells. iPSC have great potential for regenerative and therapeutic medicine. The aim of this project was to assess the efficiency of different reprogramming protocols using methylome analysis. The main findings are described here.

EpiTrain is an Integrated Training Network (ITN) providing high-level training and career development for PhD students and postdocs at local host institutions, complemented by exchange programs and topical workshops. The scope of the project is to develop a broad scale understanding of epigenetic processes in common disease.

This consortium carried out integrated research on developmental determinants of aging and longevity with focus on epigenetic mechanisms. Our contribution to IDEAL is to determine the role of DNA methylation in haematopoietic stem cell aging.

We utilise and develop computational tools for the analysis of biological data, primarily obtained from studies of DNA methylation. The data predominantly comes from either second generation sequencing platforms or methylation arrays.

The involvement of DNA methylation in health and disease is well established but not yet fully understood. This project aimed to develop novel experimental and computational methods for the analysis of 5-methyl-cytosine (5-mC) and 5-hydoxymethyl-cytosine (5-hmC).

MeDUSA is a computational pipeline bringing together numerous software packages to perform a full analysis of MeDIP-seq data, including sequence alignment, quality control (QC), and determination and annotation of DMRs.

Gliomas are the most common form of primary brain tumours. Glioma cancer stem cells (CSC) are cells that possess characteristics associated with normal stem cells but are tumourigenic and can cause relapse and metastasis by giving rise to new tumours. Using methylome analysis, this project aimed to characterize epigenetic changes that occur during the differentiation of glioma CSC to committed progenitor cells. The main findings are described here.

IT Future of Medicine (ITFoM) is one of six flagship pilot projects taking advantage of recent technological advances to produce computational models of individual patients - virtual patients! These models will follow each patient through their healthcare system enabling physicians to virtually test and optimise personalised treatments.

Head and Neck Squamous Cell Cancer (HNSCC) is the sixth most common cancer worldwide and increasingly caused by infection with human papilloma virus (HPV). The aim of this project was to analyse HPV and non HPV-associated HNSCC epigenomes for differences in DNA methylation and microRNA expression for translation into biomarkers and therapeutic targets. The main findings are described here.

Ulcerative Colitis (UC) is a type of Inflammatory Bowel Disease (IBD) where inflammation develops in the large intestine (the colon and rectum). This project identified novel epigenetic variations associated with UC by conducting an EWAS on monozygotic twins discordant for the disease.

Using comparative methylome analysis of benign and malignant peripheral nerve sheath tumors (MPNST), we identified loss of DNA methylation at satellite repeats as candidate biomarker for disease progression and challenged the dogma of global hypomethylation in cancer. The main finding are described here.

Epigenetic modifications play crucial roles in organizing chromatin structure, specifically in regions which control gene expression and regulate other cellular processes. The aim of this project is to elucidate and characterize the epigenetic states of evolutionarily conserved sequences.

The EU-FP7 funded HEROIC Project was conducted between 2005-2010 and provides a resource (Ensembl Projects) for functional studies into chromatin remodeling, mouse embryonic stem (ES) cell differentiation and regulation of the (epi)genome in general.

The MHC Haplotype Project provides genetic resources for association studies into inflammatory, autoimmune and infectious disease as well as forming a framework for population genetic studies.

The LRC Haplotype Project provides genetic resources for association studies into inflammatory, autoimmune and infectious disease as well as forming a framework for population genetic studies. 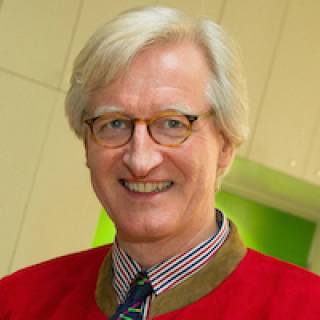