The following are just a few examples of the cross-disciplinary work that UCL has supported and facilitated on Brexit, highlighting the impact the research has had in this field. 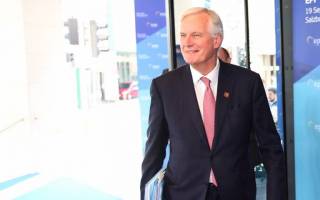 A new paper, co-authored by Professor of Public Policy and GGI Director David Coen and Dr Alexander Katsaitis (London School of Economics), focuses on the role of interest groups in the Brexit negotiations. It explores which groups have the greatest access to the EU’s Chief Negotiator, by drawing from theories on deliberative democracy and institutional legitimacy. The authors argue that different groups are given access to the Chief Negotiator depending on the resources they can contribute. Find out more. 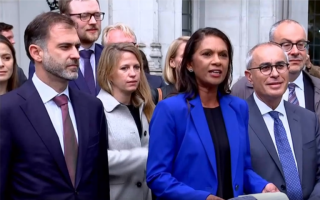 A blog co-written by Professor Jeff King (Professor of Law, UCL Faculty of Laws) and Dr Tom Hickman (Professor of Public Law, UCL Faculty of Laws), alongside Nick Barber (Fellow at Trinity College Oxford) wrote: ‘Pulling the Article 50 ‘Trigger’: Parliament’s Indispensable Role’. The blog is regarded to be the ‘origins of the litigation’ in the Brexit Miller ruling delivered on 24 January 2017 according to an article written in The Times by Lord David Pannick QC. It was argued in the blog that it would be incompatible with the European Communities Act 1972 for the Prime Minister to trigger the Article 50 process without a further act of parliament. Find out more. In late 2018, Professor Piet Eeckhout, Dean of UCL Laws and Academic Director of the UCL European Institute, published a journal article titled Article 50: A Constitutionalist Reading, which led to an advisory role in Wightman and Others v Secretary of State for Exiting the European Union. The case concerned the European Court of Justice (CJEU) clarifying the legal status on whether a member state which has notified the EU of its intention to leave can unilaterally revoke that Article 50 notification. The article began as a UCL European Institute Working Paper, Brexit and Article 50 TEU: A Constitutionalist Reading published in January 2017. Find out more.

Brexit – Past, Present and Future 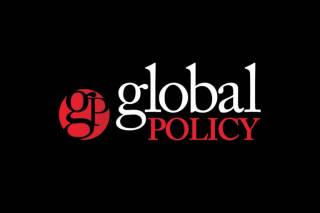 The UCL European Institute and the Global Policy Institute (University of Durham) are preparing a Special Issue of the Journal Global Policy (Wiley Blackwell) on “Brexit – Past, Present and Future”, due out in 2021. The project brings together various internationally recognised authors from political science, history and law. In preparation for the publication, contributors met in three webinars – on 17 June, 1 July and 15 July 2020 – to analyse the constitutional and political ramifications as well as the prehistory of Brexit from a multidisciplinary perspective. Find out more.

UCL Academic co-authors a report on research and innovation 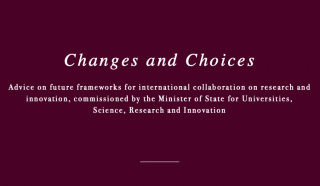 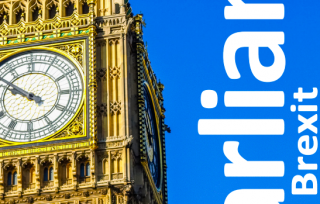 The UCL Constitution Unit launched ‘Parliament and Brexit’ in March 2020, a joint report with the UK in a Changing Europe. The report analyses parliament’s role in the Brexit process to date, and asks what changes may be needed to ensure that parliament is ready for phase two of the Brexit negotiations and beyond. Unit Director and Professor of British and Comparative Politics Meg Russell, provides the first main chapter in the report emphasising parliament's unique and central role in the country's political system, while Unit researcher Lisa James reviews the passage of two key Brexit bills. Find out more. 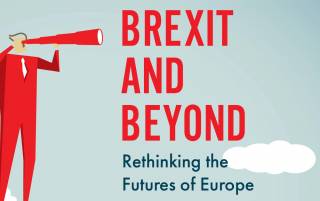 Dr Uta Staiger, Executive Director at the UCL European Institute and Benjamin Martill, Dahrendorf Fellow and Former Research Associate at the UCL European Institute have co-edited, Brexit and Beyond: Rethinking the Futures of Europe (2018). The book draws on the expertise of 28 leading scholars from a range of disciplines, offers various different perspectives on the future of Europe, charting the likely effects of Brexit across a range of areas, including institutional relations, political economy, law and justice, foreign affairs, democratic governance, and the idea of Europe itself. Find out more.

'Brexit - What Next' Event The UCL Faculty of Laws hosted a public event discussing the issues arising from the next stage in the Brexit process in January 2020. The event featured leading academics from Laws that have made huge contributions to the Brexit debate, in areas ranging from trade relations, labour rights, environmental policy, and core constitutional issues. They were also joined by leading figures in the Brexit process, Stefaan De Rynck (senior advisor of Michel Barnier, Chief EU Negotiator for Brexit) and Dominic Grieve QC  (Former Member of Parliament and Attorney General). Watch the event here.

The Mechanics of a Further Referendum 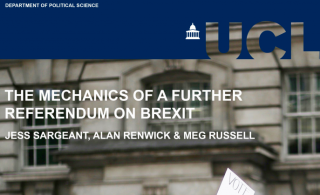 The UCL Constitution Unit released a report in October 2018 on the ‘Mechanics of a Further Referendum’. The report was written by Unit Director and Professor of British and Comparative Politics, Meg Russell, Deputy Director, Alen Renwick, and former Research Assistant, Jess Sargeant. The report aims to seek to inform the debate on the issues surrounding a second referendum on Brexit. This report was followed by a second one published in December 2019, ‘Mechanics of a Further Referendum Revisited: Questions for the New Report’, which offers substantially updated analysis in the context of the 2019 general election campaign. Find out more.

UCL Academic acts as Specialist Advisor to House of Lords 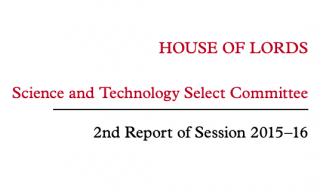 Professor Graeme Reid, Chair of Science and Research Policy, acted as a Specialist Advisor to the House of Lords Science and Technology Select Committee for two enquiries. One led to the report, ‘EU membership and UK science’, published in April 2016 (before the European Union membership referendum took place). The other report by the same Select Committee, ‘A time for boldness: EU membership and UK science after the referendum’, published in December 2016. Both the reports were the subject of debates in the House of Lords. Find out more. Meg Russell, Director of the UCL Constitution Unit and Professor of British and Comparative Politics at UCL, has contributed to the UK in a Changing Europe’s publication, Brexit and Beyond Report, published in January 2021. Professor Russell discusses the past, present and future of Parliament’s role in Brexit. Find out more.

For the latest on Brexit-related research and expertise across UCL, visit the UCL Brexit Hub.