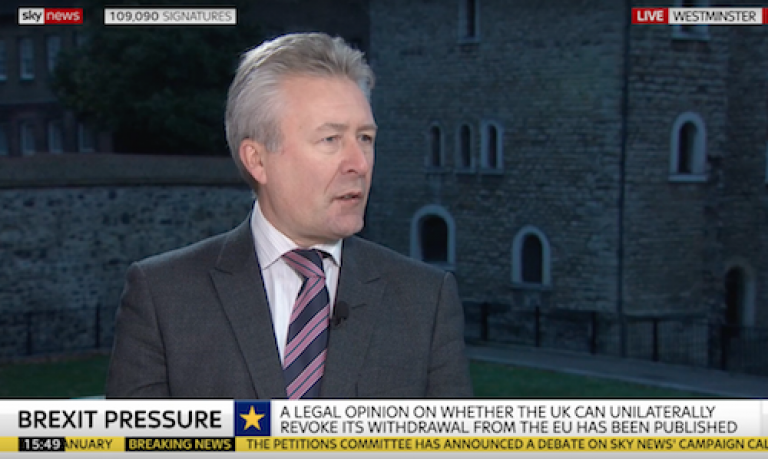 The case will see the European Court of Justice (CJEU) decide whether a member state which has notified the EU of its intention to leave can unilaterally revoke that Article 50 notification. It will clarify the legal status surrounding how the UK can stop Brexit. If the CJEU decides that Article 50 can be unilaterally revoked, this will have significant political implications, and will be a boon to anti-Brexit campaigners and many MPs.

The case was brought to the CJEU by Members of the Scottish Parliament and MPs. It was heard by the full court of European judges. On December 4, the advocate general, Campos Sánchez-Bordona, issued his opinion to the court, arguing that Article 50 is unilaterally revocable. He argued, inter alia, that if the consent of the EU27 was required, this could lead to the departing state being forced to leave the EU against its will, which would be unacceptable. The CJEU will issue its final judgement on December 10, which is the day before MPs vote on the Brexit deal.

Professor Eeckhout was part of the Wightman legal team, having written about the subject of revocability in Common Market Law Review (with Dr Eleni Frantziou, Durham). The article began as a UCL European Institute Working Paper - Brexit and Article 50 TEU: A Constitutionalist Reading - which was published in January 2017.

"if a Member State could not withdraw its notification after changing its mind, that would amount to expulsion from the Union – a possibility that is considered and rejected in the travaux of the provision. It would also be contrary to the principles of good faith, loyal cooperation, and the Union’s commitment to respect the Member States’ constitutional identities – all of which are constitutional principles requiring respect by EU institutions."

This is similar to the argument put forward by the advocate general, which demonstrates the influence which this seminal piece of work has had on these historic legal proceedings.

Piet Eeckhout discussed the case and its implications on Sky News on Tuesday 4 December: