The staff of the Bentham Project, along with scholars, colleagues and friends from all over the world, were deeply saddened by the death in October 2011 of Catherine Fuller. Catherine was a member of the Bentham Project for many years, after previous careers in spheres as diverse as regional theatre in the West Country, and Labour politics in Westminster, where she worked with both the late Robin Cook MP, and Neil Kinnock MP. With an academic background in English Literature (graduating BA Hons at University College London 1989) and then in Renaissance Studies (MA King's College London 1991), Catherine was perhaps an unusual candidate for the role of Bentham scholar, and yet it was a role which she inhabited gracefully and fulfilled with exemplary diligence and dedication.

Catherine joined the Bentham Project in 1993, beginning as a Research Assistant working on Poor Laws: Vol. I. In 1996 she was appointed as Editor of Volume XI of Bentham's Correspondence, and in 1998 she was promoted to Research Fellow. Correspondence, Vol. XI was published in September 2000. She also co-edited Correspondence, Vol. XII, which appeared in March 2006. The last volume which Catherine produced was Church-of-Englandism and its Catechism Examined, which she co-edited, published in 2011, and which is perhaps the most impressive tribute of all to her skills as an editor. 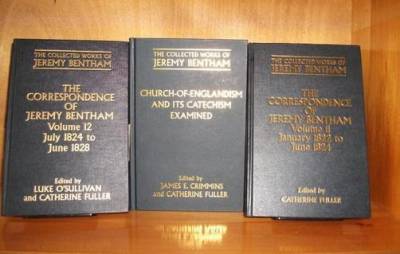 In addition to the volumes of the Collected Works to which she made such an immense contribution, Catherine undertook many other tasks in the Bentham Project. She contributed to the teaching of the postgraduate course 'Jeremy Bentham and the Utilitarian Tradition' (part of the MA in Legal and Political Theory) and supervised students' editorial projects. Catherine had a particular interest in Ford Abbey (now in Dorset but in Bentham's time in Devonshire) which was Bentham's summer retreat between 1814 and 1818, and she contributed a seminal article on Bentham and Ford Abbey to the Journal of Bentham Studies. She was also responsible for the bringing to light and re-recording of a radio play, originally broadcast in 1937, which dramatized aspects of Bentham's time at Ford Abbey. 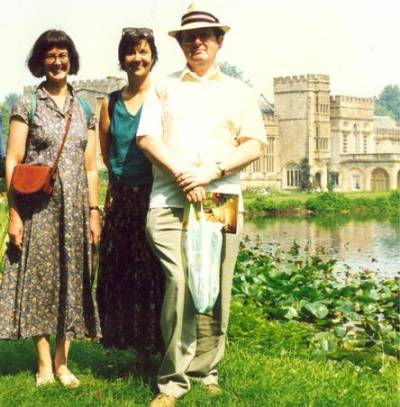 Catherine also continued her interest in, and deep knowledge of, the history of art, by acting as the Bentham Project's 'curator' of representations of Jeremy Bentham. She maintained an extensive archive of information relating to such items, which range from full-length portraits to sketches and cartoons, and from life-sized marble busts to miniature engravings, such as those found on the Bentham memorial rings. Her files of photographs and information relating to these items were kept meticulously and constantly updated, as new representations came to light. These files have proved an invaluable resource on many occasions, both for members of the Bentham Project and for visitors and scholars from outside UCL. As part of the celebrations in 1998 which marked the 250th anniversary of Bentham's birth, the Strang Print Room at University College London arranged an exhibition of representations of Jeremy Bentham, entitled The Old Radical. The eponymous catalogue which accompanied the exhibition was assembled largely thanks to Catherine's tireless efforts as editor, contributor, and co-ordinator.

As a colleague, Catherine's particular strengths in the field of English literature were of huge value: her knowledge of the works of Shakespeare, for example, was unparalleled. In addition to tracking down countless esoteric allusions, she invested significant time and effort in putting together and maintaining the Bentham Project's style sheet, an invaluable resource much referred to by colleagues. Catherine also undertook her own research on Bentham, and in 2008 greatly enjoyed the opportunity to share some of the fruits of her research by delivering a paper on Bentham's writings on religion at the ISUS conference at Berkeley, before setting off on a memorable trip to Yosemite National Park. At the Mill bicentenary ISUS conference, held here at University College London in 2006, Catherine's hard work behind the scenes contributed a great deal to the successful organisation and smooth running of that event.

However, above and beyond Catherine's undoubted and matchless skills as a researcher, editor, and scholar, it is her personality which will be most sorely missed. She was a woman of great humour: 'onwards and downwards' being a favoured phrase on resuming work after a coffee or lunch break. In restaurants, when the waiter asked 'would you like to taste the wine?' Catherine would invariably say, 'no, thank you, we would like to drink it'. She was also a woman of great integrity, and a most supportive and helpful colleague and friend. The Bentham Project is a sadder place without her. 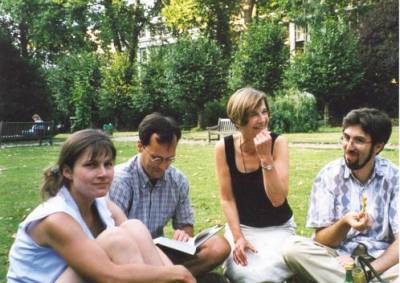