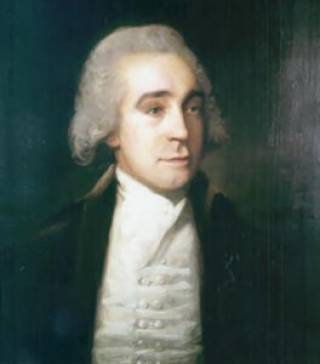 The philosopher and jurist Jeremy Bentham (1748–1832) was born in Spitalfields, London, on 15 February 1748. He proved to be something of a child prodigy: while still a toddler he was discovered sitting at his father's desk reading a multi-volume history of England, and he began to study Latin at the age of three. At twelve, he was sent to Queen's College Oxford, his father, a prosperous attorney, having decided that Jeremy would follow him into the law, and feeling quite sure that his brilliant son would one day become Lord Chancellor.

Bentham, however, soon became disillusioned with the law, especially after hearing the lectures of the leading authority of the day, Sir William Blackstone (1723-80). Instead of practising the law, he decided to write about it, and he spent his life criticising the existing law and suggesting ways for its improvement. His father's death in 1792 left him financially independent, and for nearly forty years he lived quietly in Westminster, producing between ten and twenty sheets of manuscript a day, even when he was in his eighties. Many thousands of Bentham's manuscripts exist to this day, the majority of which are in two collections at UCL Library and at the British Library. 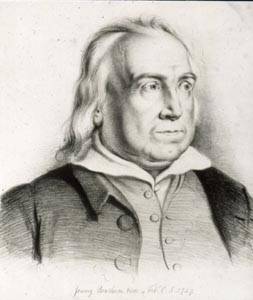 Even for those who have never read a line of Bentham, he will always be associated with the doctrine of Utilitarianism and the principle of `the greatest happiness of the greatest number'. This, however, was only his starting point for a radical critique of society, which aimed to test the usefulness of existing institutions, practices and beliefs against an objective evaluative standard. He was an outspoken advocate of law reform, a critic of established political doctrines like natural law and original contract theory, and the first to produce a utilitarian justification for democracy. He also had much to say on subjects as diverse as prison reform, religion, poor relief, international law, and animal welfare. He also advocated universal suffrage and the decriminalisation of homosexuality.

By the 1820s Bentham had become a well-known figure, both in Britain and in other parts of the world. His ideas were to influence the reforms of public administration made during the nineteenth century, and his writings are still at the centre of academic debate, especially regarding social policy, legal positivism, and welfare economics.

Bentham died on 6 June 1832, a day before the first Reform Act was given Royal Assent. As per the directions in his will, Bentham's body was dissected by his friend, the surgeon Thomas Southwood Smith, and his skeleton preserved as the Auto-Icon. Research into Bentham's thought and life continues today at UCL's Bentham Project, set up in the early 1960s with the aim of producing the first scholarly edition of his works and correspondence. This edition is projected to run to some eighty volumes.