Neale Kinnear is Head of Transport Safety and previously Head of Behavioural Science at TRL, a a global centre for innovation in surface transport and mobility. 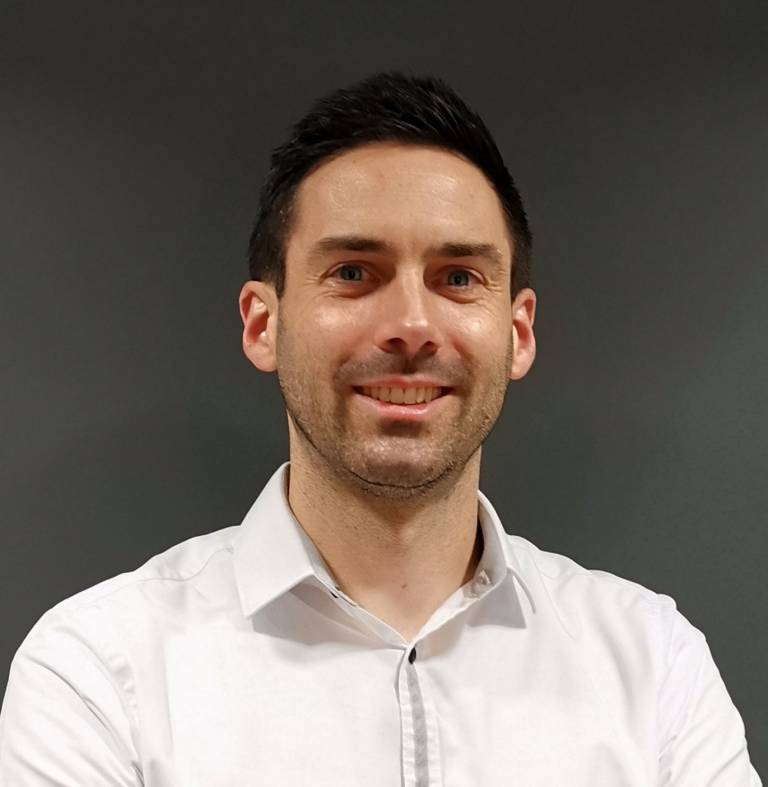 TRL is a world leader in creating the future of transport and mobility, using evidence based solutions and innovative thinking. Kezia Stewart spoke to Neale Kinnear, now Head of Transport Safety, previously Head of Behavioural Science at TRL to find out how they are using behavioural research to inform the latest interventions to improve automated and electric vehicle usage and improve transport safety.

“I find that doing this work is about accepting that humans are fallible, humans will make mistakes and the whole system has to be prepared for that. The future of Transport Safety will focus on improving the system rather than the individual.”

Could you tell us a bit about your own background and how you came to work in behavioural science for transport?

I studied Psychology at university and did a PhD focused on how human drivers learn to become safer. Once you've just passed the test we're at our greatest risk of being involved in a crash. But then your risk reduces very rapidly over the next six to 12 months. We're not undertaking any further educational training at that point, we're learning for ourselves how to become safer.

My research tried to understand how we learn to anticipate risks in our environments and associate cues with measurable physiological responses. That led me to TRL, which is one of the leading research organisations in the world in this topic.

Can you tell us about behavioural science at TRL?

We are a very unique organisation in that it has so many disciplines under one roof. You’ll find software developers who develop systems used by cities all around the world, and engineers who’ve helped design safety equipment and signs you see in our vehicles and on the roads. Our meeting rooms are even named after types of road crossings (that TRL historically designed) - that's how geeky we are!

The behaviour team covers a wide range of different topics, from mental health and transport  vehicle standards, driver monitoring systems, driver distraction, and how people interact with new technologies. We design and deliver social and experimental design work and randomised control trials for clients from government and private sector.

Could you tell us a bit more about the methods that TRL use in behavioural research?

We use a wide range of research methods, tailored to clients’ needs. This can include developing strong evidence to inform policy and decisions, and that requires robust experimental design. We will look to use the strongest methods possible, including randomised control trials. Often that might not be possible, and we’ll use various qualitative and quantitative techniques to try to understand the problem and inform the policy area in question.

Alternatively, we might develop predictive models for testing different policy options. By measuring actual behaviour in a scientifically robust way, we can collect data that allow us to feed into these predictive models.

Can you tell me about your work with electric powered and automated cars?

The Gateway project used an electric powered shuttle and was the first time that an automated vehicle was being used in public areas in the UK. The automated vehicle would follow a path in London in the Docklands area, where members of the public could get on and off in the route that it was using. Overall, this allowed us to collect valuable data from the user perspective of their experiences of these vehicles. We’ve seen that when people first experience an automated vehicle, it can feel a bit uneasy to begin with but that people get used to it quickly. What they want is a vehicle that travels in the way that they would travel, and feels natural. Up until now the technology wasn’t developed to act like a human, it's developed to act in response to its environment. So, this told us that the system needs to seem more human responsive in order to improve the experience.

Can you tell me about a project where the results surprised you?

The consumers, vehicles and energy integration project (CVEI) involved testing whether we could get people to adapt their behaviour to charge their vehicles at different times of day, or to accept uncertainty by handing over control of charging to the energy supplier.

The reason for this project was that if everyone suddenly adopts electric cars, and then gets home from work and plugs them in at six o'clock, when we already have a peak in electricity demand, the electric cars will magnify that problem. It could result in billions of infrastructure cost to enable the grid to cope. So, one way around it is to see if we can change behaviour, and have people to charge at different times of day. If energy companies can incentivize people to charge later, or hand over control of charging, then the grid can manage itself.

For this we used a randomised control trial, with a control group, and then two different types of system. In one trial participants were given money to try to charge later in the evening, and in another they were given money for handing over control to the electricity supplier to charge overnight, but without the guarantee of getting enough charge.

This would be a real step change in how consumers use electricity in this country. At the moment we don't have to think about it, we just use electricity when we need it. So I didn't think people would buy into this, because the financial incentives were quite small. But we found really strong behavioural change in response to even small incentives, where people were willing to hand over the control of charging and allow the energy supplier to do it when it was best. It showed that we could save billions in the economy by avoiding having to upgrade the energy network to cope with higher peak usage.

What are you currently working on in behavioural science?

Our most exciting project at the moment is called Driver 2020. It's a large scale RCT study of interventions to improve the safety of young and novice drivers that we follow up over a year after passing the test. We want to identify whether any of these interventions actually have an impact on crash risk for new drivers. So far nothing of this kind, or this extensive, has been done anywhere in the world.

I find that doing this work it is about accepting that humans are fallible, humans will make mistakes and the whole system has to be prepared for that. The future of Transport Safety will focus on improving the system rather than the individual.