Saskia Restorick is Director at Hubbub, a charity and social enterprise that aims to bring about positive environmental change through creative campaigns. 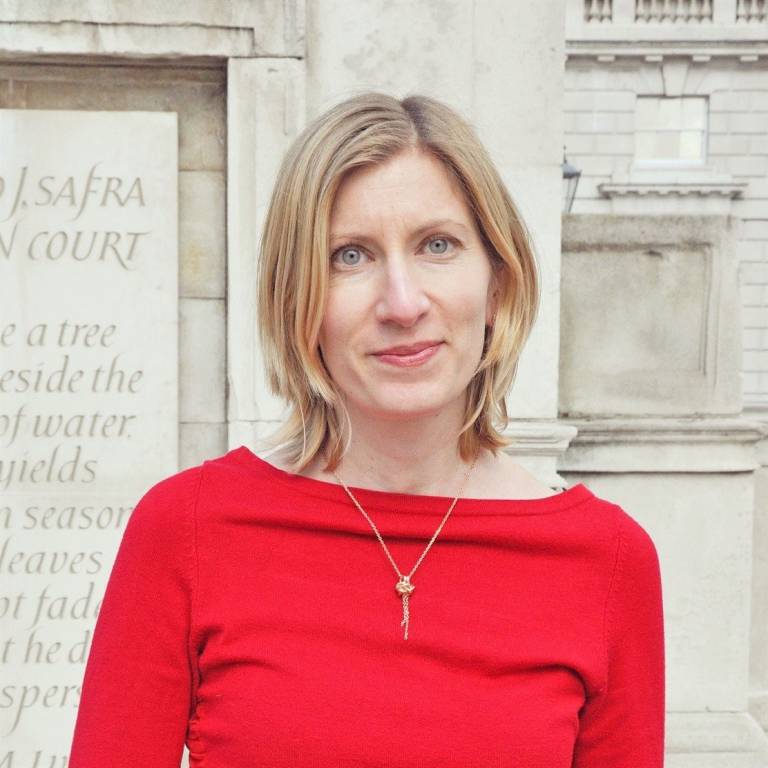 Hubbub aims to create positive environmental change, but they don’t want to do it by making you feel bad. Instead they focus on the things you’re passionate about to bring us all together. They work with like minded partners from global businesses such as IKEA through to local authorities and community groups, to inspire ways of living that are good for the environment. Their business arm is a certified B-Corp and since 20014 have produced a wealth of effective campaigns

I talked to Saskia Restorick, one of the directors to find out about her work in sustainable behaviour change and what pearls of wisdom she can pass on.

Could you tell us a bit about your own background and how you came to work in sustainable behaviour change?

I studied classics at university but I ended up working at Global Action Plan and I developed a passion for it whilst on the job. I was fascinated by the fact that when I asked people about their daily habits, “why are you printing single sided?” for example, most people had never thought about it: they just did it. It became really clear to me many behaviours are just habits that no one had ever really challenged and questioned.

So I've become very interested in why people do what they do and how you can then change that.  I realised working in sustainable behaviour change is where I wanted to spend my career. I've done that in a variety of different environments, from big global corporates (Accenture) to helping launch the ‘Sustainable Restaurant Association’.

When Hubbub was set up, it was completely aligned to my interests and experiences. We've been able to explore and experiment to try to understand behaviour, not just asking questions at surface level, but a looking a little deeper.  We run experiments to unpick behaviour, test academic thinking and to try to put it all into practice.

Can you tell me about Hubbub and what your mission is?

Our mission statement is to “make everyone an environmentalist, whether they know it or not”.  There are a lot of people in the world who are passionate about the environment and want to do whatever they can to reduce their own environmental impacts. And that's great, but the majority of people don't necessarily fall into that camp. And so, we're interested in how can we change the behaviour of those people.

One of the fallacies that we've been investigating is the idea that if you make people aware, they will change behaviour, that awareness leads to action. And we know in many realms of life, not just environmental, that awareness does not necessarily lead to action. So we’re exploring and testing a raft of other ways to change behaviour, looking at how to make people both more willing to adopt a new behaviour, and importantly also how to make them more able to change.

At Hubbub we’re continually learning from our experience of delivering projects, working with people and trying to understand what motivates people and how you can create change. A lot of  our thinking is based on learning what works and what doesn't work and keeping on experimenting.

Can you tell us a bit about the methods hubbub use when designing a behaviour-driven campaign?

I think one of the ways we perhaps differ from other environmental organisations is we've employed a lot of designers who use design thinking. This involves starting with the people:

We try to understand the audience as far as we possibly can and then base an intervention around that. For example, if we want to reduce food waste, some people’s priority might be sticking to a tight budget and putting food quickly on the table.  So we aim to design an intervention which addresses their immediate concerns first. Then they may adopt new behaviours that are saving money and putting food on the table fast, but they’re also reducing food waste as a bonus. Feeling really good about the behaviour helps them stick with it.

We use behavioural insights and try to understand which insights will be the most effective for that audience and behaviour. For us, making things fun and playful, avoiding jargon or judgemental tones is the most effective way to get attention. The power of the community is also something that we use in many of our campaigns, creating communities, whether it's online or physical: a group of people doing something together, motivating and inspiring each other through peer to peer learning, sharing of ideas, and celebrating each other’s successes.

Of all the campaigns you have run what has been your favourite?

For me it’s probably the project we ran with IKEA called “Live Lagom” which helped customers and co-workers to live more sustainably at home. Many of the participants got involved because there was free IKEA stuff available. Before participating, they didn't think of themselves as the kind of people who would get involved in an environmental project, so I felt we were reaching a mainstream audience.

We created a community where we could talk about different sustainable behaviours. We put on workshops in IKEA stores to give people skills and ideas, and some free products such as LED lightbulbs or food storage to start batch cooking. They were asked to record their changes, so that they were reflecting on the process as they were going through it. By the end they’d transformed their daily habits, cut energy and food bills, and many had completely changed their mindset: their approach to shopping, what they valued, the kind of holidays they wanted to go on, some got involved in projects in their own areas. So the ripple effect has been quite incredible for both the participants and the organisations involved.

We ran it for three years, and it was such a successful way for IKEA to engage with their customers, that IKEA have made it part of their business as usual and they’re sharing the approach globally. During lockdown, a number of participants said things like “I don't know how I would have coped if I hadn't done this project before Covid started. Because now I feel much more capable of running my home in a really good way and not wasting food”. Through the project, they’ve built resilience and self-sufficiency, which is so powerful.

At the other end of the scale, our ‘ballot bin’ is a really brilliant example of the power of design thinking – it’s basically a voting cigarette bin. It came out of a project we were running on littering in London, where we asked ourselves, how can we engage young men coming out of the pub to have a smoke? Our answer was the ballot bin. The first question we asked on it was, “who's the greatest footballer in the world? Ronaldo or Messi?” And the images of that first bin went viral. Now we've developed it into a product that we are selling around the world, cutting cigarette butt littering wherever it goes!

You can't always predict what people will react well to: we tried a whole range of ideas in that project, and we couldn’t have predicted which would become a global best seller, and which we’d rather forget about completely! Such an important part of what we do is trial and error testing on a range of options.

What are some of the hardest problems you have faced in applying behavioural change to sustainability?

People don't react how you expect they will. There is a myriad of factors as to why we do what we do. And in any given moment, and it might be different, but that does make it interesting. It stops us from kind of falling back on to a formula. Even if one idea works really well in one location, it might not work particularly well in another.

Also, historically the narrative on environmental behaviour change is that you have to give something up or pay extra, with no benefit to you other than a virtuous glow. So that's a really hard message. Our starting point is that for people, true environmental change isn't about spending more money at all. It's actually spending less. We want to break this ingrained preconception amongst a lot of people that environmentally friendly is for the wealthy elite.

At Hubbub “collaboration with unlikely partners” is a core part of how you approach problems. So what are some of the more important learnings you found since bringing onboard your many partners?

It's a fundamental part of our approach to collaborate and partner with anyone who shares our values and a willingness to experiment. We don't have fixed views about who we will or won’t partner with, it's about the approach to that particular project. Keeping a wide range of partners happy and informed is a big ask, but their input and insight helps the campaign to be better, because it's taking into account diverse views from businesses, local authorities and charities. It also gives the whole thing a lot more weight and a lot more credibility, and increases our reach and impact.

I’d like to thank Saskia for her time, it was a lovely and insightful chat. If you want to find out more from Hubbub they have a great newsletter I really recommend for tonnes of easy sustainability tips, but you can also follow them on the gram or twitter