Social structures of accumulation in Greece 1980-2014 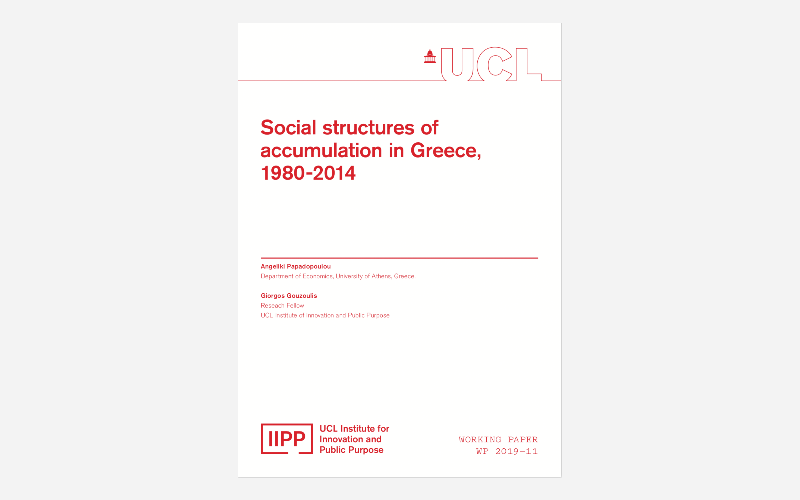 Abstract
This paper examines the domestic and transnational social structures of accumulation in Greece over the period 1980-2014. Our historical analysis suggests that the Greek neoliberal growth model was based on three pillars: the liberalisation of international trade, capital mobility and finance within the EU; the expansion of the welfare state; and the liberalised labour and industrial relations. Our econometric findings provide robust evidence that trade openness, the liberalisation of international financial institutions and the wage share have been increasing capital accumulation in Greece since 1980, while public social spending has been decreasing it. Therefore, the Greek crisis was initially triggered by the collapse of the terms of international trade accord, i.e. the breakdown of the international trade and finance flows within the EU after the 2008 financial crisis. The subsequent collapse of state-citizen accord, due to the EU-imposed austerity programmes, further induced the demise of the Greek neoliberal SSA.