Professor Mazzucato and colleagues from IIPP provide evidence to the Lords Communications and Digital Select Committee for the “BBC future funding” inquiry. 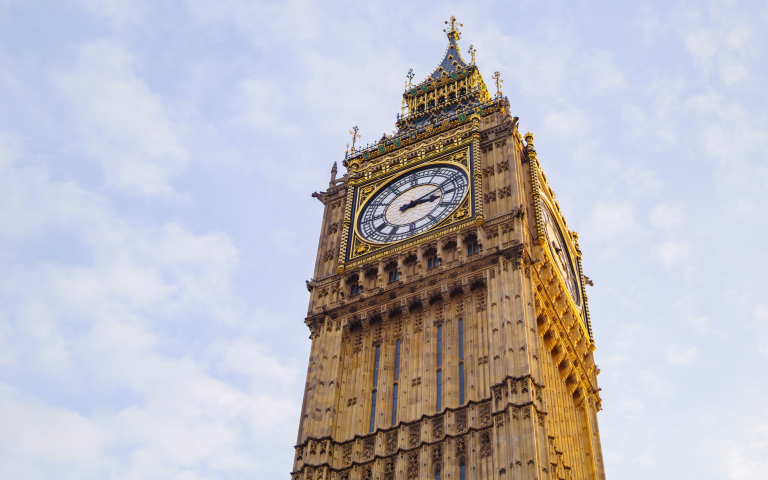 On the 8th of March 2022 Professor Mazzucato offered oral evidence to the House of Lords Communications and Digital Select Committee, which is currently investigating how the BBC should be valued and funded. Professor Mazzucato due to the landmark report, co-authored with Rowan Conway, Eleonora Maria Mazzoli, Eva Knoll, and Sarah Albala in September 2020 on Creating and measuring dynamic public value at the BBC.

In January 2022, Nadine Dorries, Secretary of State for Digital, Culture, Media and Sport, stated that it was time to “look further into the future” and confirmed that the Government would undertake a review of the overall BBC licence fee model. This inquiry considers how the BBC should be funded to deliver what is needed from a national public service broadcaster.

In her oral evidence session, Professor Mazzucato emphasised that the BBC must be understood not just as a public service broadcaster that fixes market failures, but as a dynamic public sector organisation that shapes and creates new markets. Reimagining the BBC as a market shaper means moving beyond seeing the BBC just as a content provider. Instead, the BBC plays a range of different roles throughout the media and industry ecosystem, including inventor, investor of first resort, innovator, and platform.

Reimagining the BBC’s public value creation
Firstly, it is pivotal to capture and assess the broader range of public values that the BBC creates. To do so, they can be usefully grouped under three categories -  namely, individual, societal, and industry value, which would allow us to understand that the BBC has created value not only for individuals in their experiences as consumer and citizens; but also for society at large in contributing to a more inclusive, tolerant and diverse culture; and in industry in taking the kinds of risks necessary for new markets to emerge.

Re-conceptualisation of the BBC as market shaper
Secondly, it is time to move beyond the market failure paradigm for public service media organisations like BBC, and understand them also as market-shapers, as creative and innovative forces within the market that constitute a third space, a public sphere, independent from state, political and commercial interests, which is critical to the healthy development of innovation ecosystems. Boldly reimagining the BBC as a market shaper would enable us to look at how it crowds in private investments and fosters creative processes through “de-risking” or opening up activity in the media innovation chain.

Reconfiguring the assessment and measurement framework for such public value creation
Thirdly, to assess and measure the value of BBC, a narrow price and value-for-money driven approach is not only insufficient, but it could have counterproductive effects in the current debate around the BBC’s future funding. Thus, to overcome the limitations of current assessment frameworks, we explore the concept of dynamic public value and considers what would be needed to build a new analytical framework that can assess the BBC’s role as market-shaper and innovator. The prototype framework advacend distinguishes between direct impact, dynamic added value, and market-shaping effects – across all three components of public value.

Defending against “defunding” while demanding accountability
Finally, to maintain its key market shaping role and foster its public value creation processes, it is paramount the BBC secures sufficient stable funding with adequate scrutiny and accountability systems. To achieve this, greater transparency and a widening of the understanding of the real value created from the investment into the BBC is therefore urgently needed.

In her closing remarks of the oral evidence session to the Lords Communications and Digital Select Committee, Professor Mazzucato said:

It is important to recognise that money comes and goes, budgets go up and down, but organisations do not. They can take a century to build, and this organisation has taken that long. […] That is really just a warning sign, yet the BBC continues, for now at least, to be incredibly successful. It is reaching over 460 million people globally every week. It is one of Britain’s strongest and best-known brands with soft power serving local, national and global audiences at the same time. That additionality, that multiplicative effect and that catalytic effect are incredibly interesting, but, as we have been saying, it needs to continue doing that. It needs to do more of that and the crowding in, while having debates about public value and public purpose, and holding itself accountable while not just defending itself, or having others defending it.

To learn more about IIPP's work with the BBC, please click here