IIPP Director Mariana Mazzucato and IIPP Head of Green Economy and Sustainable Growth Martha McPherson explore how we can enable sustainable and inclusive green growth in this new policy brief. 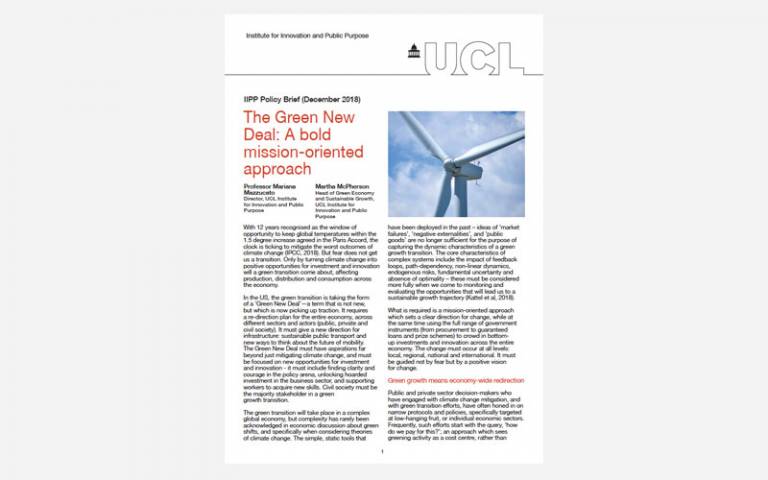 Climate change is (finally) being discussed as a serious global threat by international leaders and thinkers in a broad coalition including politicians, commercial actors, and financiers. Rising temperatures and increasingly intense weather events in the developed world (like the recent wildfires in Australia) are bringing climate change home to key economic actors and decision-makers. But fear about the impact of climate change alone doesn’t get us to the economic and behavioural transition required to mitigate it.

Instead, a green transition must be created by turning climate change into positive and socially equitable opportunities for investment and innovation, affecting production, distribution and consumption across the economy.

In December 2018, IIPP published its first policy brief from our Green Economy and Sustainable Growth area. In it, we outlined our manifesto for the characteristics of a ‘Green New Deal,' a term that, while not new, is now picking up traction. Europe is already making strides with their EU announcement.