Carlota Perez is Honorary Professor at the UCL Institute for Innovation and Public Purpose (IIPP). 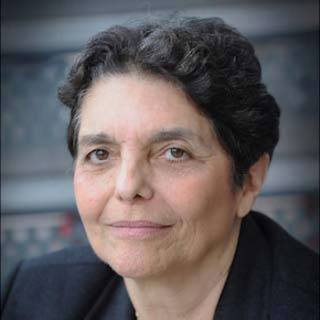 Carlota studies the socio-economic impact of technical change and the historical context of growth and development.

She is the author of the influential Technological Revolutions and Financial Capital: the Dynamics of Bubbles and Golden Ages (Elgar 2002), which focussed on the role that finance plays in the diffusion of technological revolutions.

During her fixed tenure as LSE Centennial Professor (2013-2016), she created the popular departmental course DV446: Technical Change, Paradigm Shifts and Global Development. She is also Professor of Technology and Development at the Technological University of Tallinn, and Honorary Professor at SPRU (Science and Technology Policy Research), University of Sussex. She is regularly invited to lecture at universities around the world.

She currently teaches in the MPA at IIPP, in the Masters in Technology Governance and Digital transitions at TalTech in Estonia, and in a post-graduate course at IDS (Institute of Development Studies), Sussex University.

Her career began in civil service, and has spanned academic research, teaching and consultancy. In the late 1970s, she conducted research at Venezuela’s Central University on the structural causes of the energy crisis. She was then a member of a think tank at the Institute of Foreign Trade and became the founding Director of Technological Development at the Ministry of Industry in the 1980s, where, among other policies to promote innovation and the use of the new information and electronics technologies, she created the first venture capital fund in the country.

She has been a consultant for several Latin American governments and multilateral organisations, such as UNCTAD, UNIDO, CEPAL, the OECD, the Andean Pact and the World Bank. In the mid-1990s, she was an advisor to INTEVEP, the R&D and technology arm of PDVSA, the national oil company in Venezuela.

Since the publication of her book she has frequently been asked to consult for global corporations (including IBM, Cisco, Telefonica, Mondragon, Ericsson, Sogeti and ING Bank) and to speak at major business and public sector events. From 2015 to 2016 she was the Chair of the European Commission’s Horizon 2020 Expert Group for Green Growth and Jobs.

She did her initial degree in Interdisciplinary Social Sciences at the University of Paris VII, and her Master’s – as her initial formulation of her great surges theory – in San Francisco State University. She has nurtured research links with several European universities. In 2021, she was awarded an Honorary Doctorate by the University of Utrecht.

Her current position as Honorary Professor at SPRU started with a research fellowship in 1983, when she began a long-term collaboration with Professor Chris Freeman. She has been teaching a postgraduate course at the Tallinn University of Technology since 2007 and was affiliated to CERF and Cambridge Finance at the Judge Business School of Cambridge University from 2002 until 2014.

For further information and access to videos and publications see: https://carlotaperez.org/

In IIPP she participates in the EU-Horizon Project Beyond 4.0, looking at the way various analysts have understood technological revolutions, and about the possibility of smart, green, fair and global directions for the social shaping of the ICT revolution. As Academic in Residence at Anthemis UK, Professor Perez is currently working on her research project ‘Beyond the Technological Revolution’, which is a sequel to her book on the role of financial capital, this time analysing the historical role of the state in shaping technological revolutions.

Her areas of research and interest include: