IIPP Director Mariana Mazzucato and Visiting Professor Francesca Bria were key speakers at the recent ‘Antitrust in Times of Upheaval- a Global Conversation’ conference in Brussels. 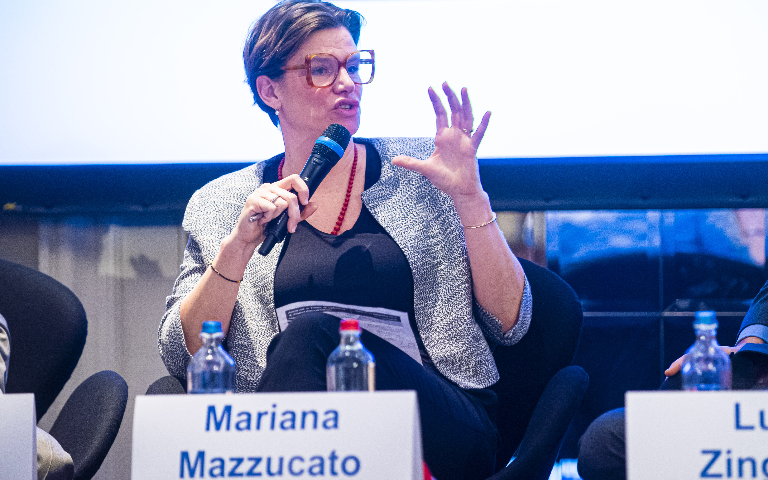 ‘Antitrust in Times of Upheaval’ was the theme for this year’s annual CRA (Charles River Associates) conference held in Brussels on 10 December 2019.

The annual conference brought together senior competition lawyers, corporate executives and government regulators to look at designing robust anti-trust policy that works for our modern times.

In a time of increasing global political and economic uncertainty, the conference was focused on how regulation, the digital world, data and competition intersect. It addressed complex themes, such as: Do we understand AI policy implications? Do regulators understand what’s going on in tech? And what next for merger policy?

IIPP Director Professor Mariana Mazzucato spoke on a panel joined by Glen Weyl, Founder/Chair of RadicalxChange, Barry C Lynn, Executive Director of Open Markets Institute, and Luigi Zingales, Professor of Entrepreneurship and Finance at University of Chicago Booth School of Business. The focus of this panel was to hear from the speakers on their big ideas and out-of-the-box thinking around the idea of anti-trust.

Professor Mazzucato argued that future anti-trust and EU state aid policy should be designed through the lens of innovation. Using her work as referenced in her book The Entrepreneurial State, she explained how real successful investments, which allowed for places like Silicon Valley to emerge required huge investment across the innovation chain. The investment was delivered by strategic public actors who were ambitious and did much more than fix the market.

Professor Mazzucato also said that future competition policy and anti-trust policy must also be tied to a more ambitious, innovate approach in order for it to be successful in creating and shaping new markets.

Fellow IIPP Professor Francesca Bria, then spoke on the afternoon panel delving into the question of: ‘Are Privacy and Competition Finally Converging?’ 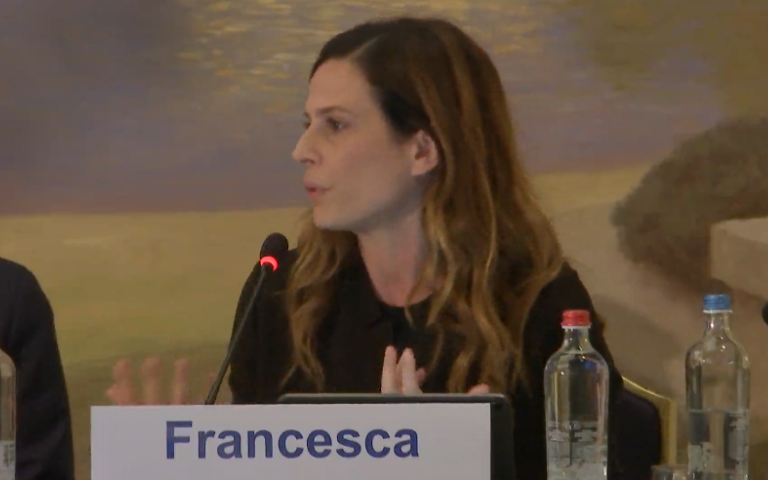 Professor Bria explained more about her experimental smart city policy work (through the DECODE project) at the city level in Barcelona. “Cities are doing a lot of interesting work when it comes to finding new digital ways to use data as a public good while at the same time preserving the fundamental rights of citizens,” added Bria.

While Professor Bria was the Chief Technology Officer in Barcelona, the city declared that the data produced by the citizens belonged to the citizens. The DECODE Project work helped to regain the trust that was lost within digital market, proving that democracy could be at the core of a digital future.

On the business side, the DECODE project was also able to show how privacy and competition can work together as long as there is regulation in place. In Barcelona, increased access to data helped to shape the local economy and open up the market, while also making sure that through the data capture the individual privacy rights of citizens were respected.

Moving forward Professor Bria explained that she will be working on shaping the digital future through her role as the UN Senior Adviser on digital cities and digital rights to implement the Barcelona work more globally.

Overall, the event was a great day in Europe, offering up a deep exploration of how to create a more democratic and regulated digital future to be enjoyed by all.

Watch the full video from the annual CRA conference