The Institute for Innovation and Public Purpose (IIPP) held a workshop at the House of Lords yesterday with an international line-up of experts on patient finance and industrial strategy. 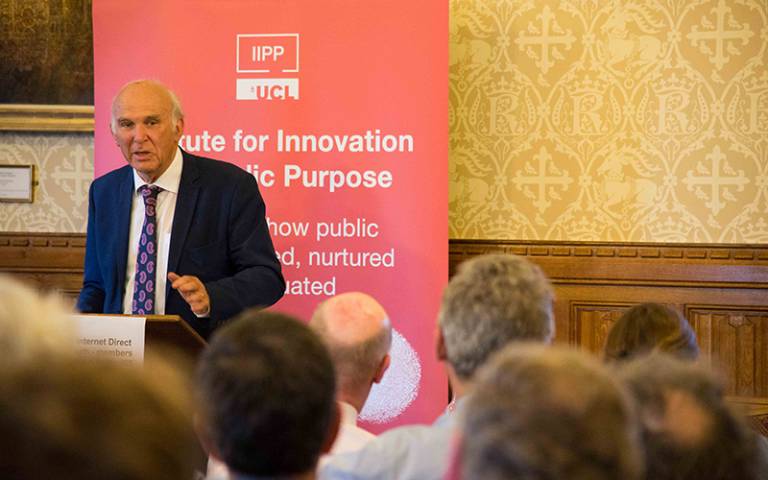 The aim of the workshop was to unite the UK Government’s Patient Capital Review with its Industrial Strategy through the framework of IIPP’s mission-oriented approach, recently adopted by the European Commission’s ‘Horizon Europe’ programme.

The workshop was hosted by Lord David Willets, and supported by the EC Horizon 2020 Project ISIGrowth which addresses the European growth agenda, and Professor Giovanni Dosi, Director of the Institute of Economics at the Scuola Superiore Sant’Anna in Pisa.

Several members of the UCL Commission on Mission-Oriented Innovation and Industrial Strategy were also in attendance. The full agenda can be viewed here.

Keynote speaker, Sir Vince Cable, shared areas of strength and improvement in the UK economy, explaining the role of the government in the now widely accepted view that the UK is great at science but bad at innovation and commercialisation of science. Cable argued that while the Green Investment Bank had been successful, it became a victim of its own success by presuming it had fixed a ‘market failure’.

Lord David Willets outlined some of the problems that he had faced when in government and working on innovation:

“The problem we have in the UK is that we see the role of government as about adding the missing financial resources necessary to complete a project after others have invested - rather than providing the upfront funding to make it happen in the first place. Part of the problem is that the government lacked a vision about what to do next. Mission-oriented policy provides the solution to this quandary.”

Stephanie Kelton, fresh from her sold-out talk at the British Library the evening before, part of the IIPP’s public lecture series, gave attendees an insider view on mission-oriented budgeting and where money actually comes from. The event also saw the launch of a new policy brief by the IIPP, which sets out the role that state investment banks can play in smart, inclusive and sustainable growth. Patient Finance for Innovation-Driven Growth calls for a more direct dialogue between Patient Capital Review and the UK government’s Industrial Strategy.

The brief sets out the importance of early-stage high-risk public investment in order to fund those areas which the private sector is unwilling or unable to support. Innovation is a highly uncertain process and has long-lead times, so requires “patient” finance that state investment banks can provide.  Read more about IIPP's research on patient finance, state investment banks and public finance.

Professor Mariana Mazzucato said “The UK’s potential loss of access to the European Investment Bank and the economic challenges of Brexit makes the points in our policy brief more relevant than ever. Growth in the UK continues to follow a model that is consumption—not investment—led, fuelling ever higher rates of private debt to disposable income.

“Innovation-led growth requires patient finance. There is too little of this in the UK—and much of the little we had was coming from Europe. Brexit will put further strain on any hopes of changing direction and the UK needs a new strategy if it wants innovative, inclusive and sustainable growth.”

More photos of the event are available to view on our Flickr. 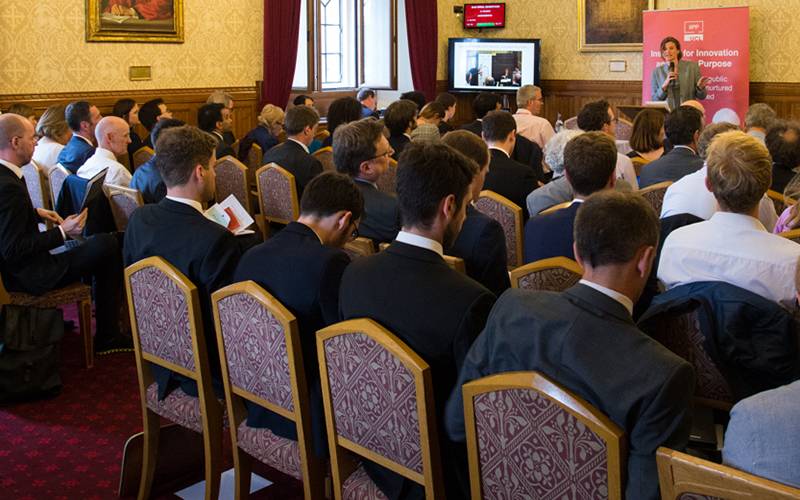 Tickets for the series are still available for some events. Attendance is free but advance booking is required.