Join us for this IIPP Seminar Series talk, where Giorgos Gouzoulis (UCL, Institute for Innovation and Public Purpose) will introduce his IIPP working paper, 'Theorising and mapping modern economic rents'. Followed by a Q&A from the audience.

The classical political economy distinction between profits and rents has been lost in modern economic policy frameworks and systems of national accounting. The financial sector increasingly allocates resources towards unproductive activities, charging fees and interest in the process. Land rents are also exploding, resulting in a housing affordability crisis in many advanced economy cities. The industrial sector is becoming increasingly financialised by engaging explicitly in share buy-backs as a means to maximise shareholder payments, i.e. financial rents, instead of focussing on long-term productive investment. Monopolistic platform capitalists like Google, Facebook and Twitter make money essentially by enabling advertisers to reach more quickly their target audience by selling information freely provided by their users. Thus, there is increasing consensus that modern capitalist economies suffer from excessive rent extraction.

Using a mark-up pricing framework, this presentation based on the recent publication of Mazzucato et al. (2020) argues that rising rents—which increase the underlying cost-structure of the economy through higher overheads—may induce redistribution of income between capital and labour without price changes – as in the mainstream economic theory. This approach provides a framework for understanding how rising modern economic rents are related to increasing inequality and declining investment and innovation, contributing to ‘secular stagnation’. We then illustrate how rents have become permanent rather than transient in recent decades and consider how we might better recognise and reduce such rents via policy interventions in a range of important sectors including housing and land, finance, medicine and the digital economy.

This work has been supported by the Thirty Percy Foundation and the Omidyar Network.

Research Fellow at UCL, Institute for Innovation and Public Purpose 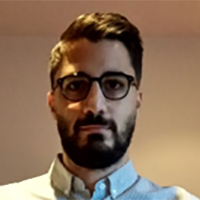