Quesnay’s 'Tableau Économique' and the problem of rent 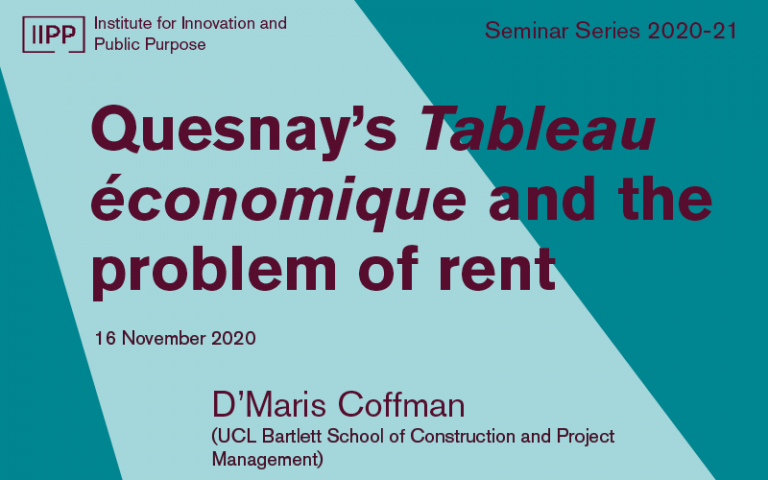 Join us for this talk as part of the IIPP Seminar Series, as D’Maris Coffman (Bartlett School of Construction and Project Management) discusses research on François Quesnay’s 'Tableau Économique'.

François Quesnay’s Tableau Économique, which dates from the late 1750s, is an attempt to model economic interdependencies between the agricultural, manufacturing, and rentier classes in order to inform debates about optimal taxation. This discourse mirrored a similar set of debates raging in the United Kingdom in the eighteenth century about the economic incidence of excise taxation on beer and ale, which had pitted the landowners against merchants and manufacturers. Although participants in these debates in Britain and France corresponded with each other, their competing analyses were informed by very different political regimes and by different fundamental assumptions about the basis, scope and limits of state power. They also reflected fundamentally different approaches to the problem of rent. Some 260 years later, these two traditions suggest two very different approaches to taxation and to the question of the role of the state in the modern economy.

Coffman, D. (2020). François Quesnay, Luigi Pasinetti and the Historical Contexts of Economic Theory (including an English translation of Luigi Pasinetti’s ‘The Tableau Économique and the Modern Economy’). Structural Change and Economic Dynamics. https://doi.org/10.1016/j.strueco.2020.10.005

Professor at Bartlett School of Construction and Project Management 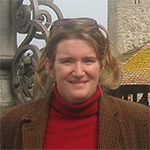 Professor D’Maris Coffman is the Director (Head of Department) of BSCPM. She is a Professor in Economics and Finance of the Built Environment. She joined UCL in 2014 from Newnham College of the University of Cambridge. She is a Managing Editor of Elsevier’s Structural Change and Economic Dynamics and on the editorial boards of The Journal of Cleaner Production, Economia Politica, and the Chinese Journal of Population, Resources and Environment. She is a Fellow of Goodenough College. In 2020-21, she is a Visiting Professor at the University of Milan. She is also a Guest Professor at Beijing Institute of Technology and a Visiting Professor of Renmin University of China. Before UCL, she spent six years as a fellow of Newnham College where started the Centre for Financial History. Professor Coffman has over 90 publications across fields as diverse as infrastructure economics, climate change economics, climate finance, economic and financial history, and the history of economic thought. Twitter: @ddcoffman More about D’Maris Coffman