BSP Public Lecture in association with IIPP: Rethinking the Economics of Land and Housing 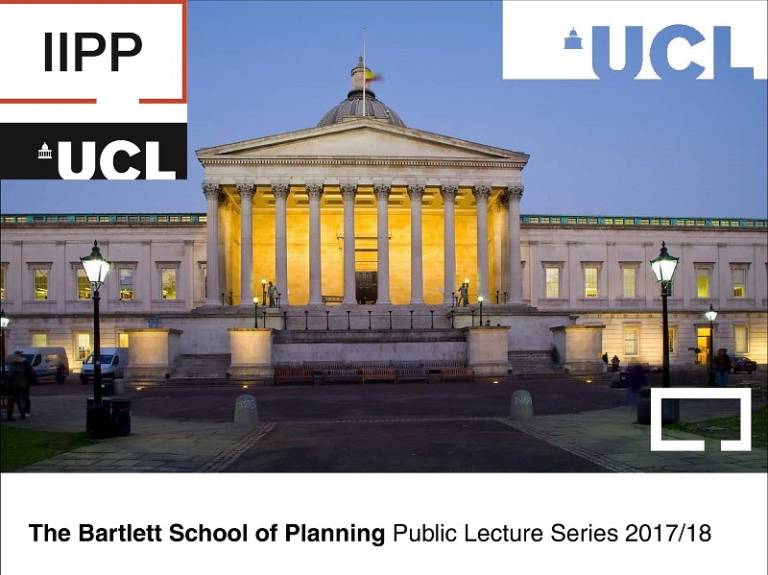 The third instalment of the BSP Public Lecture Series 2017/18

‘Rethinking the Economics of Land and Housing’ (Zed books, February 2017) argues that many of the key challenges facing modern economies - including housing affordability crises, financial instability, declining productivity and growing inequalities - are driven by the dynamics of the land economy. This lecture lays out how and why land has been routinely excluded from mainstream economic theory and economic and housing policy more generally and what the consequences have been, with a particular focus on the United Kingdom. Major interventions in taxation, the planning and financial systems are required to create a more functional land economy that supports sustainable economic growth.

‘Rethinking the Economics of Land and Housing’ was selected as one the Financial Times’ Economics books of 2017, chosen by the FT’s Chief Economic Correspondent Martin Wolf.

Dr Josh Ryan-Collins recently joined UCL as a Senior Research Associate in the Bartlett’s Institute of Innovation and Public Purpose. He was previously a Senior Economist at the New Economics Foundation, one of the UK’s leading think tanks, where he lead a research program on finance and macroeconomics, including land and housing. His previous co-authored book, 'Where Does Money Come From?', (NEF, 2011, 2012), is used as a textbook to teach Money and Banking in a number of universities in the UK and United States. He has a PhD in economics and finance from the University of Southampton and has published in leading international journals such as the Journal of International Financial Markets, Institutions and Money and The British Journal of Sociology. He holds Visiting Fellow positions at City University London’s Political Economy Research Centre and Southampton Business School.

Dr Ryan-Collins will be joined for an audience Q&A after the lecture by the book’s co-authors Toby Lloyd, Head of Housing Development at Shelter and Laurie MacFarlane, Visiting Research Associate at the Institute for Innovation and Public Purpose.

The lecture will be followed by a reception in the South Cloisters.

For more information on the Institute of Innovation and Public Purpose, see: www.ucl.ac.uk/iipp