Mental Health and the City 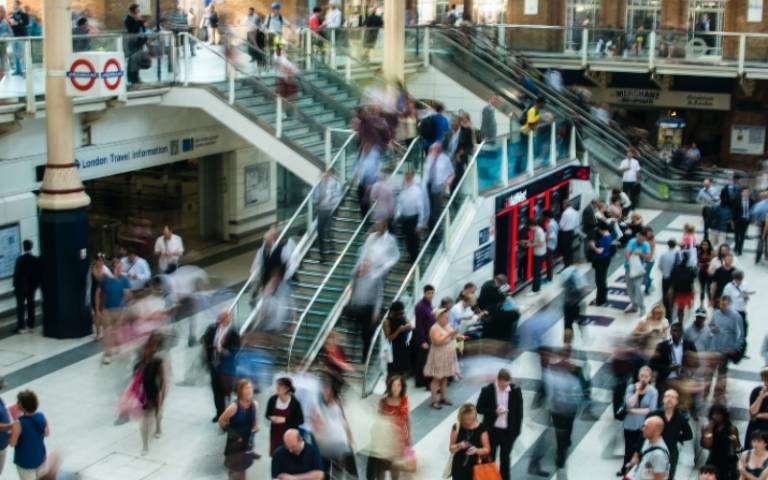 There is a clear relationship between where we live and our psychological and emotional wellbeing, but little is known about the precise role that place plays in our mental health. Research shows that those living in deprived areas are at increased risk of developing mental disorders, and children who grow up in poorer households are at greater risk of being mentally unwell than their peers. Those living with psychoses find that their symptoms can be made worse by being in 'stressful' environments, including loud or busy public spaces. However, fully appreciating the ways that mental health and place are connected has proven to be elusive for researchers and service providers alike, hindering effective responses in healthcare and urban planning.

In this context, urban areas in particular have been associated with factors which contribute to mental ill-health. Challenges to mental health prevalent in many cities include loneliness, threats of violence, high crime rates, homelessness, noise and other pollutants, traffic accidents, drug abuse, and insufficiency of mental health services. This raises the thorny question as to whether there something innate about the city life that contributes to mental ill-health? For instance, does density of urban living conditions, higher costs of living, and urban poverty precipitate or amplify mental health conditions in cities? Since there is no current consensus on the relationship between mental health and place, it is difficult to identify what it is about the urban that might contribute to elevated rates of mental ill-health. However, emerging research suggests that as well as representing part of the problem, cities can be the focus of so-called mental health solutions. For instance, improving access to green spaces and providing nature-based solutions may be helpful in preventing mental disorders and in alleviating their psychological symptoms.

This joint DPU-IGP panel discussion invites debate across academia and policy about the relationship between mental health and cities. It inquires whether we can navigate and comprehend complex relationships between place, poverty, and marginalisation to identify specific elements of the urban realm as factors of mental ill-health. It also asks if we can design urban places for ‘good' mental health, and how planners might go about governing for mental health across private and public spaces.

This panel will contribute to an emerging and increasingly important conversation about the relationship between cities, planning and mental health. It will be of particular interest to those working across the disciplines of geography, sociology, urban planning, public health, and social justice.

Nikolas Rose, FBA, FAcSS, FRSA
Nikolas Rose is Honorary Professor in the Institute of Advanced Studies, University College London and Distinguished Honorary Professor in the Research School of Social Sciences at the Australian National University. He founded the Department of Global Health and Social Medicine at King’s College London in 2012, and was Co-Director of King’s ESRC Centre for Society and Mental Health until his retirement in 2021. His books include The Psychological Complex (1984), Governing the Soul (1989) Inventing Our Selves (1996), Powers of Freedom (1999), The Politics of Life Itself (2006), Governing The Present (written with Peter Miller, 2008), and Neuro: The New Brain Sciences and the Management of the Mind (written with Joelle Abi-Rached, 2013) and Our Psychiatric Future: the politics of mental health (Polity Press, 2018). His most recent book is The Urban Brain: Mental Health in the Vital City (written with Des Fitzgerald) which was published by Princeton University Press in Spring 2022. He is founder and Senior Editor of BioSocieties, an interdisciplinary journal for social studies of the life sciences. His current research concerns the role of the life sciences and neurosciences in changing conceptions of human identity, normality and pathology, and shifting ways of thinking about and governing human beings.

Dr Layla McCay
Dr Layla McCay is Director of the Centre for Urban Design and Mental Health. A psychiatrist by background and having held diverse roles in international health policy, she provides leadership at the nexus of urban design and mental health alongside her role as Policy Director at the NHS Confederation. She has held academic roles at Georgetown University, Johns Hopkins University, Tokyo Medical and Dental University, Hong Kong University, and London School of Hygiene and Tropical Medicine. She edits the Journal of Urban Design and Mental Health and her book Restorative Cities: Urban Design for Mental Health and Wellbeing was recently published by Bloomsbury.

This event is part of a series of events with the Bartlett Development Planning Unit and is jointly funded by the IGP and by DPU's Urban Transformations and Social Diversity Clusters.

Photo by Anna Dziubinska on Unsplash