Global health at the mercy of fossil fuels: Lancet Countdown 2022

The Lancet Countdown 2022 reports that persistent fossil fuel over-dependence puts the health of current and future generations in jeopardy. 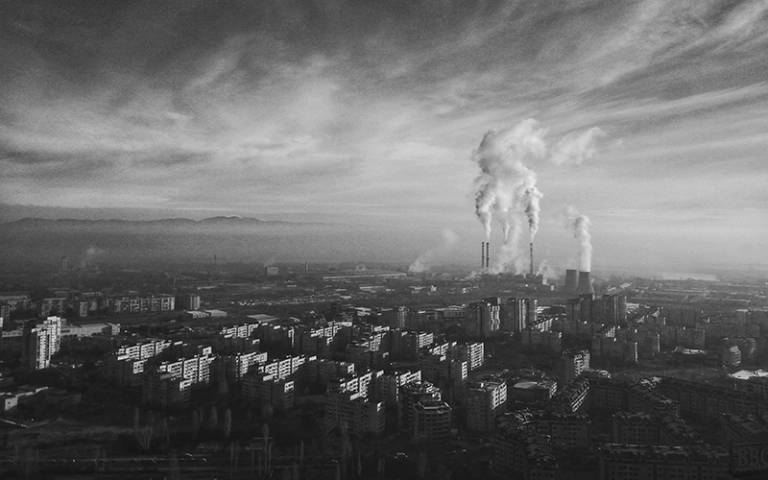 Researchers from The Bartlett School of Environment, Energy and Resources (BSEER) have contributed new findings presented in the seventh annual global report of the Lancet Countdown on Health and Climate Change. The report reveals that governments and companies continue to follow strategies that increasingly threaten the health and survival of all people alive today, and of future generations.

The health impacts of multiple crises are being exacerbated by persistent fossil fuel dependence and putting additional strain on health systems. This is resulting in increased risk of food insecurity, infectious disease transmission, heat-related disease, energy poverty, and deaths from exposure to air pollution.

The global energy system is the biggest single contributor to global greenhouse gas emissions. At the current pace of change, fully decarbonising the energy system would take 150 years, far from the requirements of keeping global warming at 1.5°C as outlined in the Paris Agreement.

Governments continue to encourage fossil fuel production and consumption, with 69 out of the 86 governments analysed in this report effectively subsidising fossil fuels, for a net total of $400 billion in 2019 (taking into account the contribution of both carbon pricing instruments and fossil fuel subsidies). These subsidies exceeded 10% of national health spending in 31 of the countries and exceeded 100% in five countries. At the same time, governments have so far failed to provide the smaller sum of $100 billion per year to help support climate action in lower income countries, which was committed to be reached by 2020 in the Copenhagen Agreement, jeopardising a just transition to a healthy future.

Regardless of their climate claims and commitments, the current strategies of 15 of the largest oil and gas companies would lead to their greenhouse gas production exceeding their share of emissions compatible with 1.5°C of warming by 37% in 2030, and 103% in 2040. As many file record profits this year, further delaying their investments for a zero-carbon energy transition threatens to permanently push the world off-track from meeting the commitments set in the Paris Agreement.

Meanwhile, delays in uptake and inequitable access to clean energies has left households dependent on the use of dirty fuels, exposed to energy poverty and dangerous levels of indoor air pollution. Biomass (such as wood or dung) contributed to as much as 31% of energy consumed in the domestic sector globally in 2020, rising to 96% in low- to middle-income countries. Household concentrations of dangerous particulate matter air pollution (PM2.5) exceed the WHO recommendation by 30-fold in 2020 in the 62 countries assessed, exposing families to dangerous levels of air pollution.

“Current strategies from many governments and companies will lock the world into a fatally warmer future, tying us to the use of fossil fuels, that are rapidly closing off prospects for a liveable world. This is a result of a deep failure to recognise the need for an urgent reprioritisation of funding to secure a zero-carbon, affordable and healthy future

Data in this year’s report suggests that in the immediate term, climate change is affecting every pillar of food security. Rising temperatures and extreme weather events threaten crop yields directly shortening the growth season of crops by 9.3 days for maize, 1.7 days for rice and 6 days for winter and spring wheat. Extreme heat was associated with 98 million more people reporting moderate to severe food insecurity in 103 countries in 2020 than annually between 1981 and 2010. On average, 29% more of the global land area was affected by extreme drought annually between 2012–2021, than between 1951–1960, putting people at risk of water and food insecurity.

Improvements in air quality would help to prevent deaths resulting from exposure to fossil fuel-derived particulate matter air pollution, of which there were 1.3 million in 2020 alone. Accelerating a transition to more balanced and plant-based diets would not only reduce 55% of agricultural sector emissions from red meat and milk production, but also prevent up to 11.5 million diet-related deaths annually and reduce the risk of zoonotic diseases.

This study was funded by The Wellcome Trust.

Authors from the Bartlett School of Environment, Energy and Resources

Photo by Yaroslav Boshnakov on Unsplash