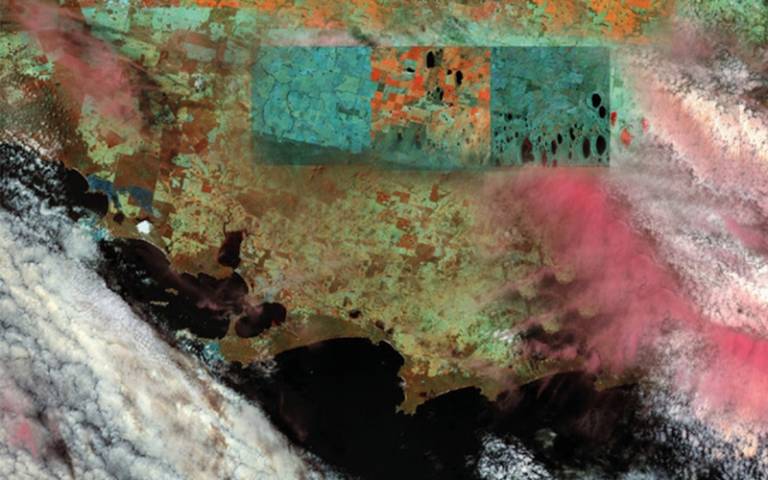 On Friday 20 November, the University of London Press launched the book Mapping Crisis: Participation, Datafication and Humanitarianism in the Age of Digital Mapping that features a chapter by DPU’s Giovanna Astolfo, Ricardo Marten and Camillo Boano on The role of data collection, mapping and analysis in the reproduction of refugeeness and migration discourses. Reflections from the Refugee Spaces project.

The book brings together critical perspectives on the role that mapping people, knowledges and data now plays in humanitarian work, both in cartographic terms and through data visualisations, and questions whether, as we map crises, it is the map itself that is in crisis.

The book is open access (https://www.jstor.org/stable/j.ctv14rms6g). It has been downloaded a phenomenal 1500 times since its release across all hosting platforms. It has also has been featured in The Conversation and NBN Books.

The chapter by DPU staff delves into the use of data to construct and reinforce ideas of crisis and chaos. From humanitarian calls for action to warnings of impending collapse, the western world thinks of itself under a crisis, at a political breaking point that justifies extreme measures. Policy makers and all those involved in the migration industry share a common interest in responding to the crisis through enforcement. Data on arrivals and border crossings have created the need for and justified the hardening of border policy; even though such measure did not result in better and safer migration. On the contrary, it has been argued that higher investments on securitization and deterrence coincided with an increase in fatalities at the border.

By examining the often complex relationship between discursive shifts and migration policy measures, the article interrogates how data are produced by a certain discursive practice that creates the need for those data to exist in first place; and it ultimately exposes the violence of euro-centric colonial data collection practices as well as the possibility to create counter-narratives and counter-empirics based on reflective practices.

The chapter reflects on the experience of the two-year data project Refugee Spaces, led by DPU in collaboration with Space Syntax and CASA. It is an open digital platform conceived to stimulate debate on the ways in which European countries have represented and responded to recent migratory waves, including the current geographies of containment and detention.