The central purpose of the Development Planning Unit is to strengthen the capacity of governments and NGOs to work towards socially just and sustainable development in the global south. 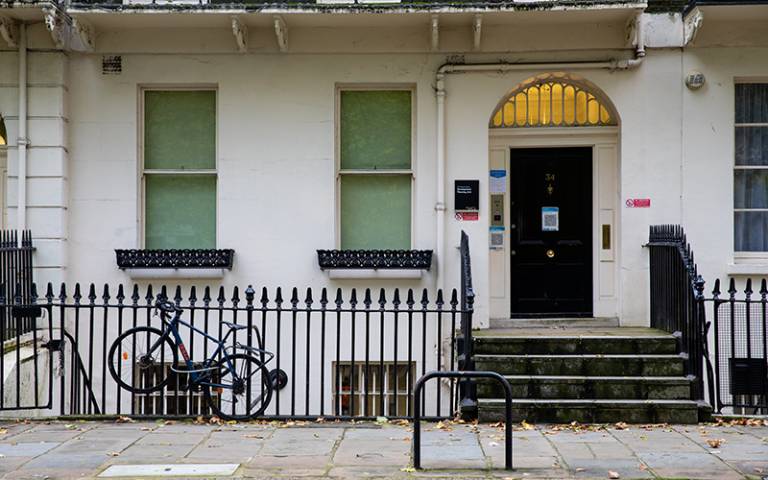 We believe in a just world in which men and women are equally able to choose, plan and manage their own lives and communities, and to influence local, national and global development in ways that are economically, socially and environmentally sustainable.

Our mission is to build the capacity of professionals and institutions to design and implement innovative, sustainable and inclusive strategies.

We want to enable people who are generally excluded from decision-making to play a full and rewarding role in their own development. To do this, we:

challenge orthodox development agendas in our teaching and training explore and test enabling, participatory and gender aware approaches to development through action-oriented research promote strategic partnerships to integrate and inclusively manage cities and development through institutional advice and consultancy support the networking of individuals, community organisations, NGOs and public sector institutions that share our vision.

We undertake outreach and consultancy with a range of partners who support our mission to build the capacity of professionals and institutions in the Global South.

We place a strong emphasis on understanding local contexts and regularly interacting with policy and planning practitioners.

We are proud to have a have a long history of working with institutions whose values and concerns resonate with our own vision and mission.

Collaborations are central to our core teaching, research and TAS activities, and they’ve helped us built strong relationships and pioneer new approaches to development practice around the world.

Training and Advisory Services (TAS) are as much a part of our institutional identity as our teaching and research activities, having begun in the 1970s. In many ways these constitute a significant part of the the 'non-academic' side of our work, which is fully embedded in development practice.

Our advisory work covers a range of different inputs related to needs assessment; policy and strategy development and design; organisational and institutional development; and monitoring and evaluation/impact assessment.

TAS work at DPU is by no means independent of our other activities. It relates closely to the way we produce and share knowledge through our four research clusters - and it is the academic rigour that we bring to our Training and Advisory Services that makes it both unique and exemplary.

Read about the DPU's Research Clusters.

In 1953, a conference was held at UCL on architecture and planning in the tropical developing countries of the Global South.

The Architectural Association School of Architecture in London then launched an annual 6-month Postgraduate Diploma course in tropical architecture. It was first led by Maxwell Fry and then Otto Koenigsberger.

Over the following decade the Diploma course developed in response to the rapidly changing scene in the Global South. To reflect this, the Department changed its name to Development and Tropical Studies in 1968 and in 1969 the Diploma in Urban Development Planning was launched.

In 1971, it moved to UCL, changing its name to The Development Planning Unit (DPU) and Koenigsberger became the first University of London Professor of Urban Development.

A highly successful programme of specialist professional short courses in a range of urban development issues was run throughout the 1970s, 1980s and early 1990s.

In 1980 the DPU launched the Masters Degree course in Urban Development Planning, which ran alongside the postgraduate Diploma course and the specialist programmes throughout the 1980s and early 1990s.

The PhD programme took off in the mid-1980s and the Unit’s applied research and consultancy activities have grown consistently.

The 1990s saw an expansion in the MSc programmes offered by the DPU, starting In 1993 with the launch of two new MSc programmes that became known as the MSc in Urban Economic Development and the MSc in Building and Urban Design in Development.  This was followed in 1995 by a new MSc in Development Administration and Planning, in 1997 by what became known as the MSc Environment and Sustainable Development, and in 1999 by an MSc in Social Development Practice.  From the end of the 1990s, the DPU’s research programme grows rapidly into the trans-disciplinary portfolio of research is carries out today. 60 years after its first postgraduate course, the DPU is one of the world’s leading institutions in urban and regional development planning, urban design, the city economy, social development practice, gender in policy and planning, and environment and sustainable development.

60 Years of Urban Development: A Short History of the DPU Booklet

Read or the booklet charting the DPU's history over the past 60 years.

Founder of the DPU

Otto Koenigsberger was one of the founders of modern urban development planning in the rapidly growing cities of Africa, Asia, Latin America and the Middle East.

He was a polymath, whose contributions ranged from building physics and design in tropical climates to the formulation of self-help policies for the improvement of urban slums; from the planning and building of new towns to the development of national urban policies in the context of rapid growth and change; from advising on professional and technical training to the establishment of university institutions.

Above all, he was a teacher.

View more on the DPU60 page

Find out about DPU's history in Sixty Years of Urban Develpoment: A Short History of the DPU (Issuu)