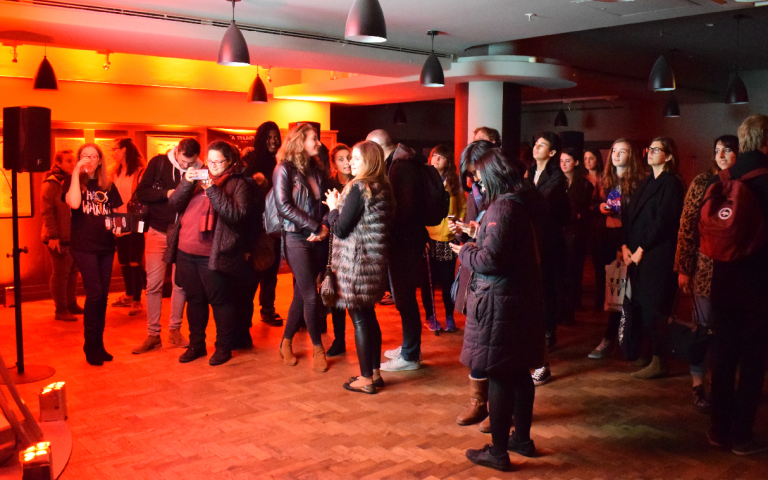 Since its launch in 2006, Twitter has become firmly embedded in the contemporary media landscape. Every day, millions of tweets are sent, giving people the opportunity to communicate with global audiences instantly. Yet though Twitter says that ‘every voice has the power to impact the world’, Twitter isn’t a utopia of free speech. As Jon Ronson discussed in his book So You’ve Been Publicly Shamed, it can be a pretty toxic place. Conversations intended for a small circle of friends can rapidly escape what often feels like Twitter’s semi-private environment. As a result of such twitterstorms, people have had to delete accounts, leave jobs, leave cities, even change their identities entirely. Whilst it might sometimes seem that people have brought public anger down on themselves, even if someone has tweeted something genuinely horrible, is it fair that their life be upturned because of it?

Twitter was only two years old when the first book of Patrick Ness’s ‘Chaos Walking’ trilogy, The Knife of Never Letting Go, was published in 2008. Though social media was then very much in its infancy, it’s striking how many of the novel’s  themes resonate with contemporary debates about social media and its effects. The trilogy is set on an alien planet that’s been colonised by settlers from Earth. A virus native to the planet means that all of the male characters can hear each others’ thoughts, all of the time — a phenomenon called ‘Noise’. The trilogy opens with Todd, a teenage boy living in an all-male township, discovering a silence in the Noise — a girl — the only person he’s ever met whose thoughts he can’t hear.

Ness has described the books as an attempt to imagine what it would be like to live ‘without a filter’: to know what everybody else thought of you, and to know that they knew what you thought of them. Thinking about this in the light of social media, it seems that the ability to share a thought instantly often means that it’s our worst thoughts that are most shared. Women with prominent Twitter profiles such as Diane Abbott, Mary Beard, Dawn Foster, Anita Sarkeesian, and many others have reported the horrific racist and sexist abuse they receive on the platform on a daily basis. Moreover, whilst it’s become a forum for political debate, Twitter is arguably a poor platform for discussing politics. As the late (and much missed) Mark Fisher wrote in his essay ‘Exiting the Vampire Castle’, social media appeals to our most narcissistic impulses. The (recently doubled) 140-character limit encourages quips and snap judgements rather than considered reflection; the economy of followers, retweets and likes invites a performative politics rather than one oriented towards a better future. 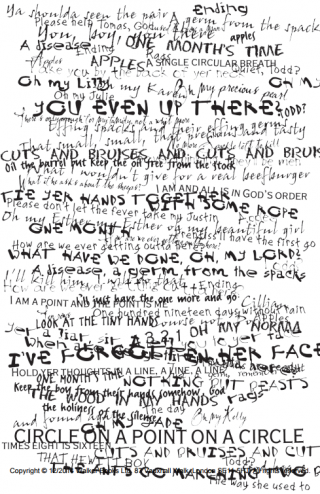 As a department with a long history of studying Twitter, CASA was approached by the publisher of The Knife of Never Letting Go, Walker Books, to create an interactive experience for a celebration of the 10th anniversary of the publication of the novel. In the books, Noise is represented by scribbled, overwritten words covering whole pages. Its design is claustrophobic and hard to read, emphasising the irrational nature of Noise, the difficulty of picking out meaningful information in it, and the anger and madness of the men who can’t help but know too much about each other. We thought that rather than replicating the visual appearance of Noise from the novel, what if we recreated it in sound? We wrote a simple computer program that automatically turned tweets tagged with the ‘#ChaosWalking’ hashtag into voices which were then played back on speakers placed throughout the basement of Waterstones Piccadilly. We wanted to find out what Twitter sounds like: the invisible and inaudible noise that now surrounds us all of the time.

The first movie of a series based on the novels starring Tom Holland and Daisy Ridley will be released in 2019.