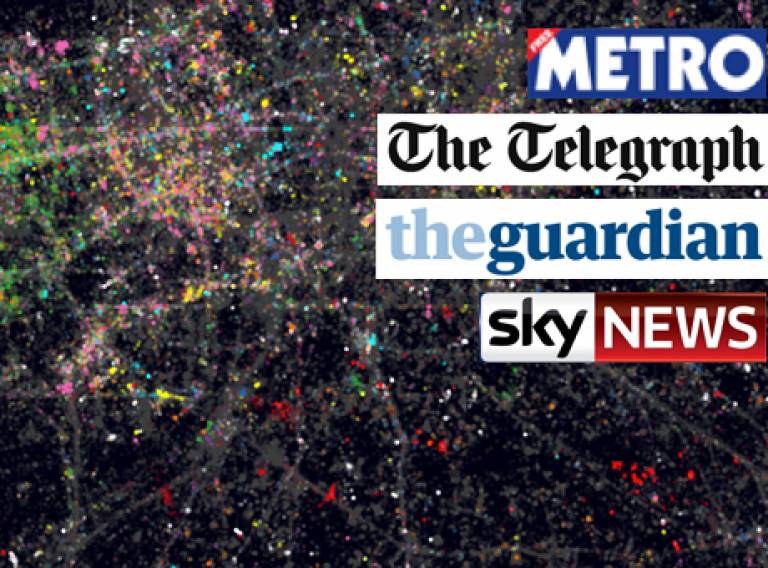 Since the Metro featured the Top 10 Twitter Languages in London last week, press coverage of the map produced by James Cheshire and Ed Manley has steadily increased.  Some of the recent articles are listed below. For the latest news featuring CASA's work, you can track our Scoop-It page.

Twitter map of London shows the linguistic diversity of a truly international city
- 92.5 per cent of tweets sent in English, but other major languages include Spanish, French, Turkish and Arabic

- Data experts have used Twitter to map out the diverse range of languages spoken by people in London.