PhD supervisor: Mignon Nixon and Bob Mills
Working title for PhD: ‘Living and Dying In The Shadow Of Forward Motion’ — A psychoanalyic analysis of the art, writing, and activism of David Wojnarowic

My project will present a new and original analysis of the work and practice of David Wojnarowicz (1954-1992), a mixed-media visual ar9st, writer and AIDS activist. Drawing primarily on Lacanian psychoanalysis and queer theory, I want to work toward a cohesive understanding of Wojnarowicz’s practice and thought, across work in different media and contexts.

My analysis will focus on a selection of interrelated projects from 1989: a solo exhibition at the P.P.O.W. Gallery, ‘In The Shadow Of Forward Motion’; its accompanying catalogue, filled with eclectic texts and collaged imagery, which was recently reissued by Primary Information; and a performance piece, ITSOFOMO, produced in collaboration with musician and composer Ben Neill.

“The only hero I have or can think of is the monkey cosmonaut in the Russian capsule that got excited in space and broke loose from his restraints and began smashing the control board. The flight had to be aborted.” 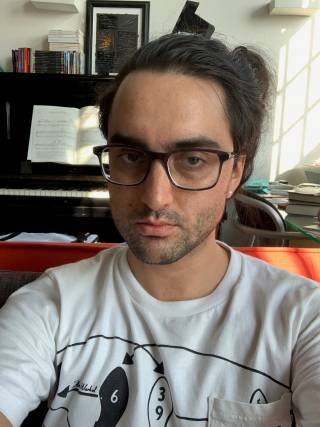