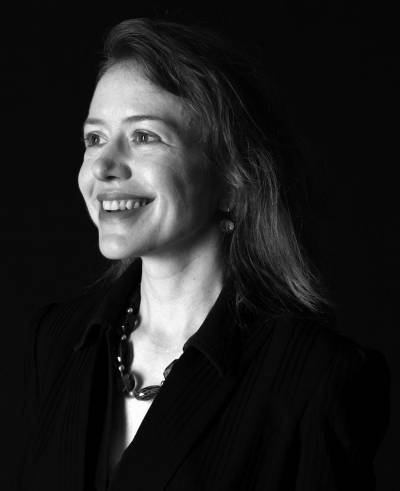 Mignon Nixon is Professor of Modern and Contemporary Art and an editor of October. She joined the History of Art department at UCL in 2016 after twenty stimulating years teaching post-war American art at the Courtauld Institute of Art and following a term as the Diane Middlebrook and Carl Djerassi Visiting Professor of Gender Studies at the University of Cambridge in autumn 2015. Her work focuses on interactions of art with feminism, gender and psychoanalysis and on questions of sexuality, peace and war. Her current book project is Sperm Bomb: Art, Feminism, and the American War in Vietnam. Earlier publications include Fantastic Reality: Louise Bourgeois and a Story of Modern Art and the Eva Hesse October File. She has recently published critical essays on Carolee Schneemann, Mary Kelly, Louise Lawler, Yayoi Kusama, Yvonne Rainer, and Nancy Spero. Her research has been supported by the Getty Research Institute, the Clark Art Institute, the Terra Foundation, and the Radcliffe Institute for Advanced Study at Harvard University. She is particularly interested in hearing from potential research students engaging with psychoanalysis and politics (together) and with questions of sexuality and peace (together).

Professor in History of Art

Modern and contemporary art; questions of feminism, gender, sexuality and subjectivity; artistic resistance to militarism and war; psychoanalysis; violence; the politics of peace

Her publications include Fantastic Reality: Louise Bourgeois and a Story of Modern Art (2005) and an edited anthology of writings on Eva Hesse (2002). An anthology on Mary Kelly is forthcoming in 2016. She has published extended critical essays on artists including Barbara Kruger, Louise Lawler, Yayoi Kusama, Nancy Spero, Carolee Schneemann, and Silvia Kolbowski, and on such topics as the psychoanalytic couch, transference and the "woman artist," sculpture and the part-object, and the house museum.

Mignon is interested in interdisciplinary modes of inquiry and in writing across disciplines.

"Oral Histories: Silvia Kolbowski and the Dynamics of Transference," in Silvia Kolbowski: Inadequate . . . Like . . . Power. Vienna and Cologne: Secession and Walter Koenig, 2004, pp. 93-102.

Mignon has supervised doctoral research in art history in the University of London since 1999. At UCL, she is particularly interested in supervising topics concerned with feminism, gender and sexuality, and with anti-militarism and the politics of peace. Proposals with an interdisciplinary dimension are welcome.

Past (Courtauld Institute of Art)

Anna Dezeuze, "The 'Do-It-Yourself Artwork': Spectator Participation and the Dematerialization of the Art Object, New York and Rio de Janiero, 1958-1967," 2003.

Jerzy Kierkuc-Bielinski, "Confinement and Illusions of Freedom: The Dialogue between Polish and American Conceptual Art," 2005.

James Boaden, "The Avant-Garde as Swain? The Perpetually Outmoded and the Pastoral Attitude in the United States, 1950-1965," 2009.

Kate Random Love, "The Adolescent Condition: A Report on Postmodernism," 2010.

Shir Aloni, "Brushstrokes: The Use of Hair in the Work of Contemporary Women Artists," 2012.

Meredith Brown, "A History of the AIR Gallery, New York: Feminism and the Art Institution," 2012.

Paula Feldman, "Made to Order: American Minimal Art in the Netherlands, Late 1960s to early 1970s" (co-supervised with Christopher Green), 2005.

Karin Kyburz, "The Right to Indifference: Abstraction in the Work of Gego and Jesŭs Soto" (partly co-supervised with Dr Shulamith Behr), 2008.

Mignon Nixon has taught history of art in the University of London since 1996, when she was appointed Lecturer in American Art at the Courtauld Institute of Art. She became Professor at the Courtauld in 2006. She joined the History of Art department at UCL in January 2016. At UCL, she plans to pursue interdisciplinary research across histories and theories of art, gender studies and psychoanalysis.

Mignon has held research fellowships from the Getty Foundation (1999-2000), the Clark Art Institute (2006 and 2012) and the Radcliffe Institute for Advanced Study, Harvard University (2010-11) and has been a senior scholar at the Terra Foundation for the Arts, Giverny (2007). She is the Diane Middlebrook and Carl Djerassi Visiting Professor at the University of Cambridge Centre for Gender Studies in autumn 2015.

She is a co-editor of October, where many of her writings have also appeared. She has published extensively on later twentieth-century and contemporary art in the perspectives of feminism, psychoanalysis, and gender, including a critical study of the work of Louise Bourgeois (2005) and anthologies of critical writings on Eva Hesse (2002) and Mary Kelly (2016). Recent texts include essays on Louise Lawler, Yayoi Kusama, and Carolee Schneemann, and on the psychoanalytic writings of Juliet Mitchell.