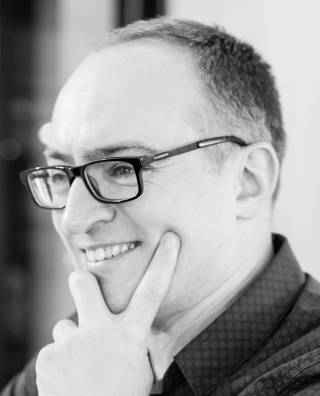 Bob Mills is Professor of Medieval Studies and Head of the History of Art Department. Between 2015 and 2018 he directed qUCL, UCL's LGBTQ research network. Bob's books include Suspended Animation: Pain, Pleasure and Punishment in Medieval Culture (2005), Seeing Sodomy in the Middle Ages (2015) and Derek Jarman's Medieval Modern (2018). Bob is currently working on questions of animality and sovereignty in medieval art.

Bob has been a member of LEAG, UCL’s LGBTQ+ Advisory Group, since 2013 and is proud to be Out@UCL. Read more about Bob’s interests in LGBTQ+ equalities at We Are Out@UCL.

Bob's research mainly focuses on the visual culture and literature of England and France between the thirteenth and fifteenth centuries. He has also published on art in the Low Countries, Germany and Italy, and lately he has been turning his attention to painting and sculpture in northern Spain and along the Camino de Santiago. Bob's first book Suspended Animation: Pain, Pleasure and Punishment in Medieval Culture (2005), which came out of his doctoral research, shows this range. An essay collection he co-edited, The Monstrous Middle Ages (2003), demonstrates his commitment to research with a strong interdisciplinary focus.

Bob has longstanding interests in gender and sexuality, both as historical phenomena and critical categories. He has published a number of chapters and articles in this field, contributed the medieval section to A Gay History of Britain (2007), and co-edited Troubled Vision: Gender, Sexuality, and Sight in Medieval Text and Image (2004). Feminist theory, queer studies and LGBT cultural history have always exerted a shaping influence on his research. At King's he was director of the Queer@King's research centre, and he has organized a number of symposia, conferences, research seminars and public events under this heading. He directed qUCL, UCL's LGBTQ research network, between 2015 and 2018.

Bob's book, Seeing Sodomy in the Middle Ages (2015), explores the relationship between sodomy and motifs of vision and visibility in medieval culture, on the one hand, and those categories we today call 'gender' and 'sexuality,' on the other. Winner of the Society for French Studies R. Gapper Book Prize, Seeing Sodomy foregrounds the role played by translation - visual, textual and cultural - in defining when and how sexual and gender diversity become intelligible. Bob is also interested in issues of translation more generally and 2012 saw the publication another co-edited collection, Rethinking Medieval Translation: Ethics, Politics, Theory.

Bob is now turning his attention to questions of 'the animal' in medieval visual culture and is currently completing a book project on this theme. He also has a developing interest in film and his most recent book, Derek Jarman's Medieval Modern (2018), uses Jarman's longstanding interests in medieval art and literature as a window onto topics such as anachronism, periodization and the politics of time.

In previous years Bob has taught a thematic seminar on 'Regarding Pain' and a module on 'Relics, Saints, Images and Power' for the History of Art BA programme. He has also co-taught the BA course 'Methodologies of Art History' and the MA core course 'Critical Debates and Methods in the History of Art', and offered MA special subjects on 'Modern Medieval: Reception, Revival, Replication' and 'Human and Nonhuman in Medieval Art'.

In the past Bob has contributed to the Gender and Sexuality Studies programme at UCL, supervising MA dissertations in this area and giving a class as part of the MA Gender, Society and Representation core course. He also set up the interdisciplinary Masters module 'Critical Introduction to Sexuality Studies', taught with colleagues attached to the qUCL research network that he helped found.

Bob is interested in supervising doctoral projects on any aspect of medieval visual culture (broadly defined); research situated at the interface between the visual and the verbal; projects on animals and animality; medievalism and medieval film; Derek Jarman. He is also interested in supervising research on medieval gender and sexuality, as well as work exploring aspects of queer history and art history in any period from a theoretical perspective.

Louis Shankar: Loving and Dying In The Shadow of Forward Motion: A Psychoanalytic Analysis of the Art, Writing and Activism of David Wojnarowicz (joint supervisor, with Mignon Nixon).

Baylee Woodley: Forsaken Femininities: The Long History of Femininity from Medieval to Modern and from Monstrous to Divine (primary supervisor).

Michael Green: H.D. and Artists After (1970 to Present) (second supervisor, with Mignon Nixon).

Andy Murray: The Mourners of Philip the Bold's Tomb: Structures of Feeling in the Earlier Valois Burgundian State (with Alison Wright, completed 2015).

Victoria Blud: Louder Than Words: The Performance of the Unspeakable in Old and Middle English Literature (King's College London, with Clare Lees, completed 2009).

Bob Mills graduated from the University of Manchester with a BA in Medieval Studies in 1994 and an MA in the History of Art in 1996. He completed his PhD in the Department of History of Art at the University of Cambridge in 2000. The focus of Bob's doctoral research was representations of pain and punishment in medieval art and literature and there has always been an interdisciplinary bent to his profile. Reflecting these interests, Bob taught in the English Department at King's College London for eleven years, before joining the History of Art Department at University College London in 2012. He became Professor of Medieval Studies in 2017 and Head of Department in 2019.