Dorian Fuller was invited to give a public lecture at the Liangzhu site museum, China on 6 January. 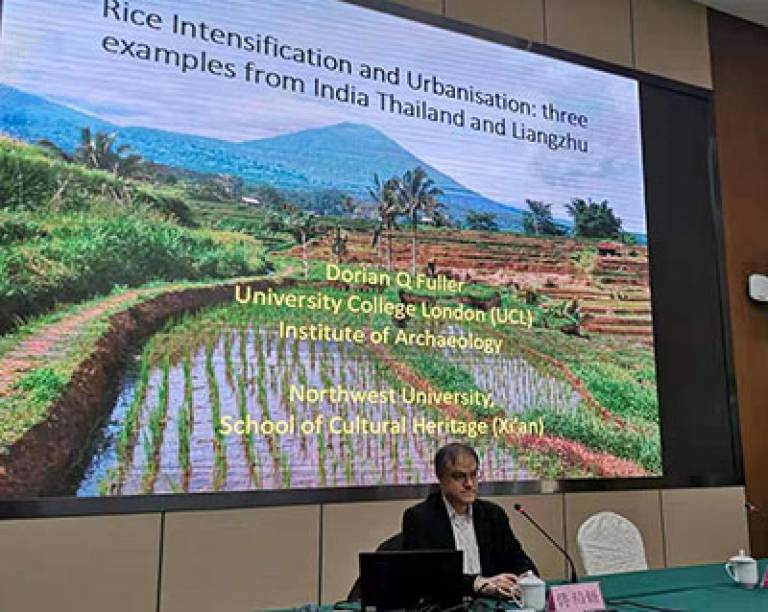 Dorian's lecture entitled Rice intensification and urbanisation: three examples from India, Thailand and Liangzhu considered the significance of the intensification for rice production for supporting social hierarchy and urbanization through three region case studies, including Iron Age Thailand, Iron Age northern India, and the later Neolithic of the Lower Yangtze.

Rice is the most important crop across much of Asia and supported the earliest cities in many regions of India and Southeast Asia as well as the Yangtze basin. The methods of rice cultivation, however, varied in terms of their labour inputs and productivity. 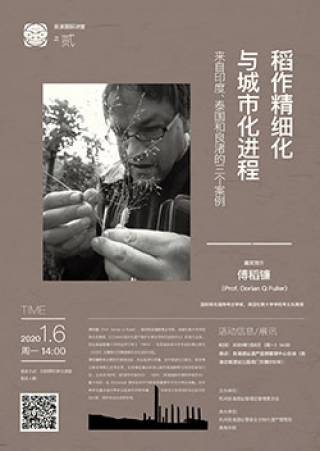 The lecture explored how archaeobotanical evidence can be used to determine different forms of rice production and how transitions to more intensive, irrigated rice systems are connected to major social transformations in Thailand and India, which both had urbanisation and state formation during the Iron Age. These cases provide a comparative perspective on the rise of the Liangzhu culture in a region where early rice agriculture was both intensive and highliy productive already in the Neolithic period. Liangzhu, a late Neolithic, 3rd Millennium BC urban centre in the Lower Yangtze, became a world heritage site in 2019.