Holding it all together – how Roman metalworkers preserved their metal

Experiments conducted for her Institute of Archaeology PhD by Carlotta Gardner, working with colleagues at NCSR Demokritos and the British School at Athens, have provided exciting insights into the working practices of Roman metalworkers. 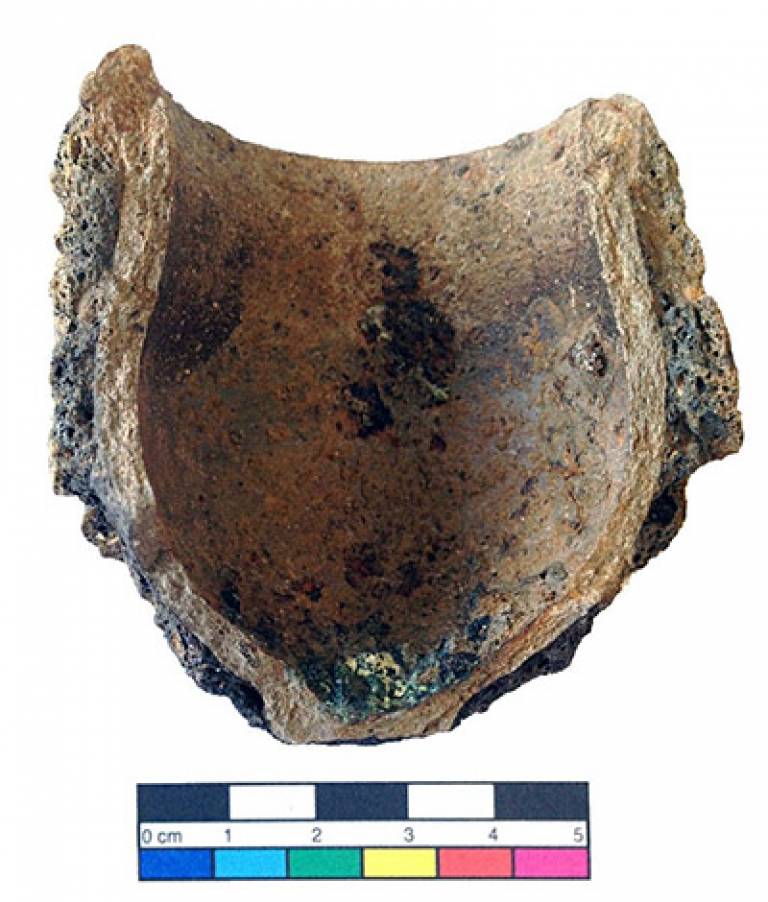 Melting metal alloy is not a simple matter, as you need to work at temperatures of well over 1000oC to cast a piece of jewellery, a coin or a blade. Today we have industries devoted to the production of containers which can hold molten metals at such high temperatures, but the specialist scientific  knowledge and infrastructure did not exist in the Roman period, and the metal smiths had to rely on domestic pottery to melt their gold, silver or copper alloy. There was a serious risk that such pots would crack in the heat and the contents spill and be wasted.

A survey of Roman metalworking crucibles across Britain revealed that many of them had a second layer of clay applied to the outside of a standard domestic pottery jar, as shown in the image. The reasons for this practice have been long debated so Carlotta carried out scientific analyses of the pots and their outer layers in the Institute’s Wolfson Archaeological Science Laboratories and, with her collaborators in Greece, conducted high temperature bending experiments on double-layered ceramics to see what advantages they offered. She found that the outer layers were made from clays which melted very easily. In the fire, they formed a sticky plastic envelope around the crucible, so that if it cracked, it would not fall apart abruptly, and the precious molten metal could be saved.

Carlotta successfully gained her PhD, supervised by Ian Freestone and Andrew Gardner, and is now conducting post-doctoral research in the Fitch Laboratory, British School at Athens.