Comparative Anthropologies of Revolutionary Politics (CARP) is a five-year research project that seeks to launch the comparative study of revolutionary personhood as a major new departure for anthropological research. Its ambition is to deepen our understanding of revolutions by charting the dynamics of revolutionary 'anthropologies' in the original theological sense of the term, examining revolutionary politics in relation to varying conceptions of what it is to be human. What kinds of self does it take to make a revolution? And how does revolutionary politics, understood as a project of personal as much as political transformation, articulate with other processes of self-making, such as religious ones? Based on a selection of ethnographic studies in countries of the MENA region and Latin America, the project brings an anthropological examination of the relationship between revolutionary and religious practices to bear on existing conceptions of revolution, statecraft, and subjectivity in political theory.

The project is led by Martin Holbraad and involves a core team of six postdoctoral researchers and doctoral students working in different settings in the MENA region and Latin America, as well as more senior collaborators conducting smaller case-studies in China, Mongolia, Russia and elsewhere. It is funded for five years (2014-19) by the European Research Council's Consolidator Grant scheme. 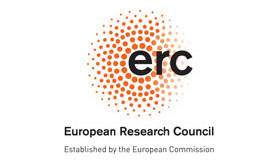