Universities are 'of their place', shaped by the city and country in which they are, and in turn shaping and influencing these.

Universities are ‘of their place’ – shaped by and shaping the city and country within which they sit.   As London’s Global University, UCL is in, of and for London. Like London itself, we are a diverse global community making a far-reaching contribution to our home city as well as to lives and societies internationally.

We bring staff and students from over 150 countries to work, study and play here and we nurture an active and growing alumni community of 250,000 people in more than 190 countries, all with a lifelong connection to London thanks to the transformative experience of studying at UCL.

UCL’s London strategy is led and coordinated by Pro-Vice-Provost (London) Professor Alan Thompson, who engages with policymakers, local government, creative and cultural organisations, industry, healthcare partners, schools, colleges and HEIs, supporters, volunteers and friends (including our 50,000 London-based alumni) and many more in order to maximise the benefit to London of UCL’s research and translation, education, entrepreneurship and public engagement. 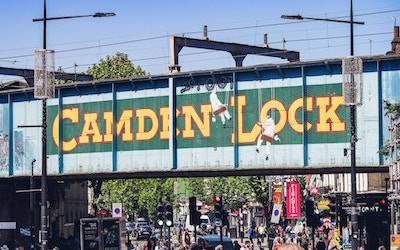 UCL and the London Borough of Camden have signed a statement of intent to extend their transformative collaborative activity in areas such as climate change, sustainability and social change.

The new agreement will lead to a step-change in collaborative engagement between the university and the local authority. Paving the way towards deeper collaboration, the agreement will see UCL work with Camden to tackle modern urban challenges in innovative ways, potentially benefiting hundreds of thousands of people living in the Borough and beyond.

Welcoming the partnership, Professor Alan Thompson, UCL’s Pro-Vice-Provost (London), said, “The combination of a radical local authority and a radical university is perhaps unique in the UK and represents an unparalleled opportunity to create a powerful and productive partnership that not only satisfies the pioneering nature of both UCL and the London Borough of Camden – but also provides a model for engagement for London and beyond".

Jon Rowney, Executive Director Corporate Services at the London Borough of Camden added, “Like UCL, Camden has a proud, innovative spirit that throughout our history has seen communities come together to tackle problems and to bring about real social change. This is why it is only natural that our two organisations should seek ways of working more closely together.” 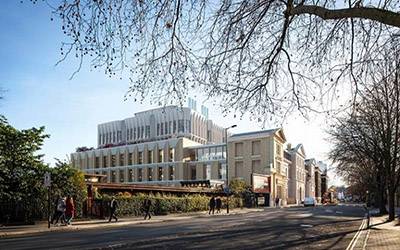 More people live with neurological diseases such as dementia, stroke and epilepsy, than cardiovascular disease and cancer. Neurological diseases account for around 13% of global disease prevalence and affect four million people in the UK, costing the UK Economy an estimated £112 billion.

This is why UCL is delighted to have received planning permission for a new state-of-the-art facility at 256 Gray’s Inn Road which will host the headquarters of UK Dementia Research Institute (UK DRI), UCL’s leading Queen Square Institute of Neurology (IoN) and become home to UCL Neuroscience.

The site is currently home to the University College London Hospitals (UCLH) Eastman Dental Hospital (EDH), the former Royal Free Hospital, the UCL Eastman Dental Institute (EDI) and the Levy Wing. Its redevelopment is a key part of Transforming UCL, a £1.25 billion ten-year programme of investment in UCL’s estate across London to develop a sustainable estate that supports the university’s continuing growth.

As part of Transforming UCL, the UCL EDI’s teaching and research activity is moving to new facilities on UCL’s Bloomsbury and Royal Free campuses respectively, while the EDH has moved to a new building developed by UCLH.

Kevin Argent, Deputy Director of UCL Estates & Director of Estates Development, said: “With planning permission agreed, we are in a great position to move forward with the construction of another world-class research facility for UCL that will help to ensure our university estate remains one of the finest in the country.”

When it is operational in 2024, the new biomedical facility will include an NHS Neurology out-patient facility for University College London Hospitals and house over 500 neurological research scientists from IoN and UK DRI, as well as the UK DRI headquarters.

The new Centre of Excellence for Dementia and Neurology will aim is to provide the most comprehensive, coordinated neuroscience research centre in the world from research to patient care.

“This world-leading facility will transform our ability to tackle the devastating global health challenge of neurological diseases such as dementia, which is now the leading cause of death in England and Wales.”

The programmes gives secondary school pupils the opportunity to work on original research linked to the Twinkle space mission – a space mission, led by UCL, that studies the light from hundreds of exoplanets to improve our understanding of their chemical composition, weather and history.

Holship was teaching the pupils to analyse molecular light data that he had collected from eight locations in space, close to four new stars. They were originally looking for evidence of sulphur, one of the most common elements in the universe, but instead they discovered acetaldehyde – a highly reactive compound commonly found in coffee beans, cheese, bread, and methanol – a simple alcohol.

The findings show that complex molecules can form in space and opening up the possibility that the building blocks of life (proteins and DNA) are abundant throughout the universe. The discovery also gives scientists more clues about the complexities of Earth and its relationship to the cosmos.

Dr Holdship said: “The students’ work identifying the light from these molecules in our telescope data has produced a fantastic dataset for anyone who wishes to study the formation of complex molecules in our galaxy".