Communicating and engaging: review of progress

In today’s globalised environment, we need to ensure that UCL is fully engaged with our increasingly interconnected world, projecting our values, work and the benefits that we deliver for society. 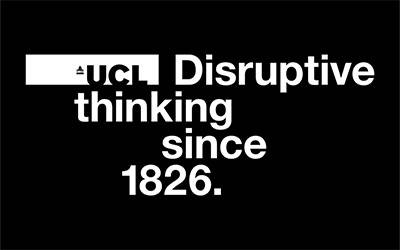 #MadeAtUCL is a campaign that showcases the impact that UCL’s ground-breaking research and discoveries have on people, lives and communities.

Leaders of the campaign gathered more than 400 stories from across the UCL community on the themes of health, technology, culture, environment, community, and justice and equality. A selection panel consisting of staff and members of the public were then tasked with whittling the list down to the top 100.

These stories are now published on a dedicated website, where visitors are encouraged to vote for their favourite. Stories include: First UK surgery in womb for babies with spina bifida, turning used coffee into clean energy and how ground-breaking research has ensured juries are fair and effective.

To date, the website has had more than 70,000 visitors and received over 13,000 votes across the 100 stories, and episode one of the accompanying #MadeAtUCL podcast series has been listened to more than 1,500 times. The series will continue until March 2020, with four more episodes.

The project has also allowed UCL to brand big as an institution. The bold new black and white “Disruptive thinking since 1826” artwork was designed to get people thinking about UCL’s impact. It has been used both on and offline, from the UCL homepage and social media to hoardings at the site of UCL’s new campus in Stratford, UCL East.

The campaign will culminate in an awards night and a hero film of the top-rated, as well as a UCL-hosted TED event featuring the researchers involved in the winning stories.