The award for the MRes Reproductive Science and Women’s Health is named after Jean Purdy – the world’s first clinical embryologist. 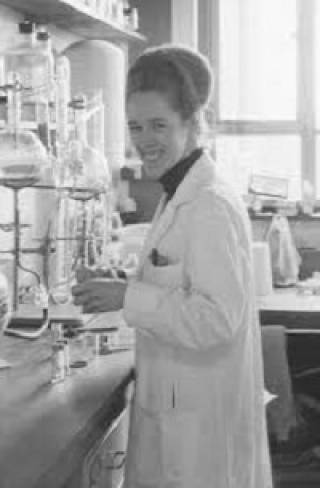 Purdy started work as a nurse and was recruited by Sir Robert Edwards at the Physiological Laboratory in Cambridge in 1968. Bob and Jean worked with gynaecologist Dr Patrick Steptoe and the team were the first in the world to achieve pregnancies through in vitro fertilisation. Purdy developed tasks and processes that are now a standard part of IVF treatments. She was also the first person to recognise and describe the formation of the early human blastocyst. Under her tenure, 370 babies were conceived using assisted reproduction. 'It was no longer just Patrick and me. We had become a threesome…[she was] the patient, indomitable helper without whom none of our work would have been possible…,' Sir Edwards wrote in his autobiography, published in 1989. In 1980, Jean helped to launch fertility services at Bourn Hall Clinic near Cambridge, and was its technical director. Purdy died from a melanoma in 1985