From 2016, the annual UCL student award for academic excellence for the MSc in Prenatal Genetics and Fetal Medicine will be known as the Charles Rodeck Award. 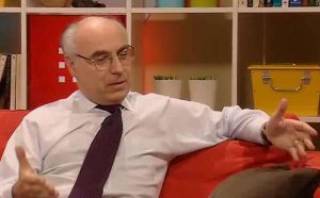 Charles came to the UK from Germany as a child and graduated in Medicine at University College London in 1969. After training in several London hospitals, he was appointed Lecturer (Assistant Professor) in Obstetrics and Gynaecology at Kings College School of Medicine, London, in 1975. Charles was one of the pioneers of fetal blood sampling for rapid karyotyping and the diagnosis of many genetic conditions, such as hemophilia A and B, Duchenne muscular dystrophy, galactosemia, fragile X syndrome and severe combined immunodeficiency, and also infections, such as toxoplasmosis.  He pioneered fetoscopic fetal skin biopsy for the diagnosis of epidermolysis bullosa letalis and oculocutaneous albinism, and fetal liver biopsy for the diagnosis of ornithine carbamyl transferase deficiency.  By the early 1980s, Charles realized that the future for prenatal diagnosis of genetic disease lay in chorionic villus sampling (CVS) and recombinant DNA analysis, and wrote several papers on the optimal method of obtaining samples, finally settling on an ultrasound-guided single-operator aspiration technique by the transcervical approach.

He was also very interested in fetal therapy and in 1981 was the first to describe the treatment of rhesus alloimmunization by a series of fetoscopic blood transfusions, and developed the “Rodeck shunt” for in utero treatment of fetal obstructive uropathy and hydrothorax.

He also achieved financial stability for his research by securing a large grant to establish the first department of Fetal Medicine in the UK, the Harris Birthright Research Centre for Fetal Medicine at King’s College Hospital.

For many years Charles was the UK authority on fetal medicine, publishing nearly 600 scientific papers on all aspects of prenatal diagnosis and influencing the Royal College of Obstetricians and Gynaecologists to establish subspecialty training programs. He has numerous awards and honors, among which is the RCOG’s top award, the Eardley Holland Gold Medal, and a national honor, Foundation Fellow of Academy of Medical Sciences.