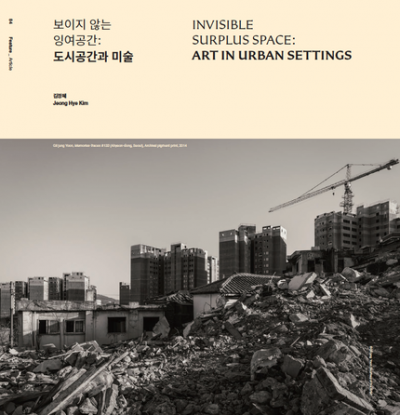 Surplus space refers to the sites or facilities that the (post-)industrial capitalist society inevitably produced throughout the twentieth century. The term 'surplus' is rooted in sociologist Zygmunt Bauman's idea of the two industries created in modern society - waste-disposal and security service - and the research focuses on the artistic practices that deal with these subjects. This study also looks into the surplus built environments in general, including structures that became obsolete for political or economic reasons.

Art in Urban Settings II: Artistic practice as an understanding of location and position

The original project has led to further inquiry into the ways in which artists and designers react to or engage with the transformations of metropolitan cities such as Seoul and London that have experienced dramatic change.

During the first stage (June - July 2017, Seoul) Jeong Hye will re-examine the Korean artists and their works based on wider yet focused sources on public art projects as well as city-related exhibitions held in Korea within the past 10 years.

In the second stage (August - December 2017, Seoul and London), London-based artists will be selected, with their works examined to interrogate their views on urban transformation-the ways in which they recognise and approach changing urban space, and position themselves physically and socially within the urban context.

Being a survey research for a follow-up curatorial project, this research will ultimately explore the issues of relational environmental-social ecologies in which human beings are placed in through the lens of artistic practices.