Memory, attachment and appropriation of the public space in historical urban areas in Mexico 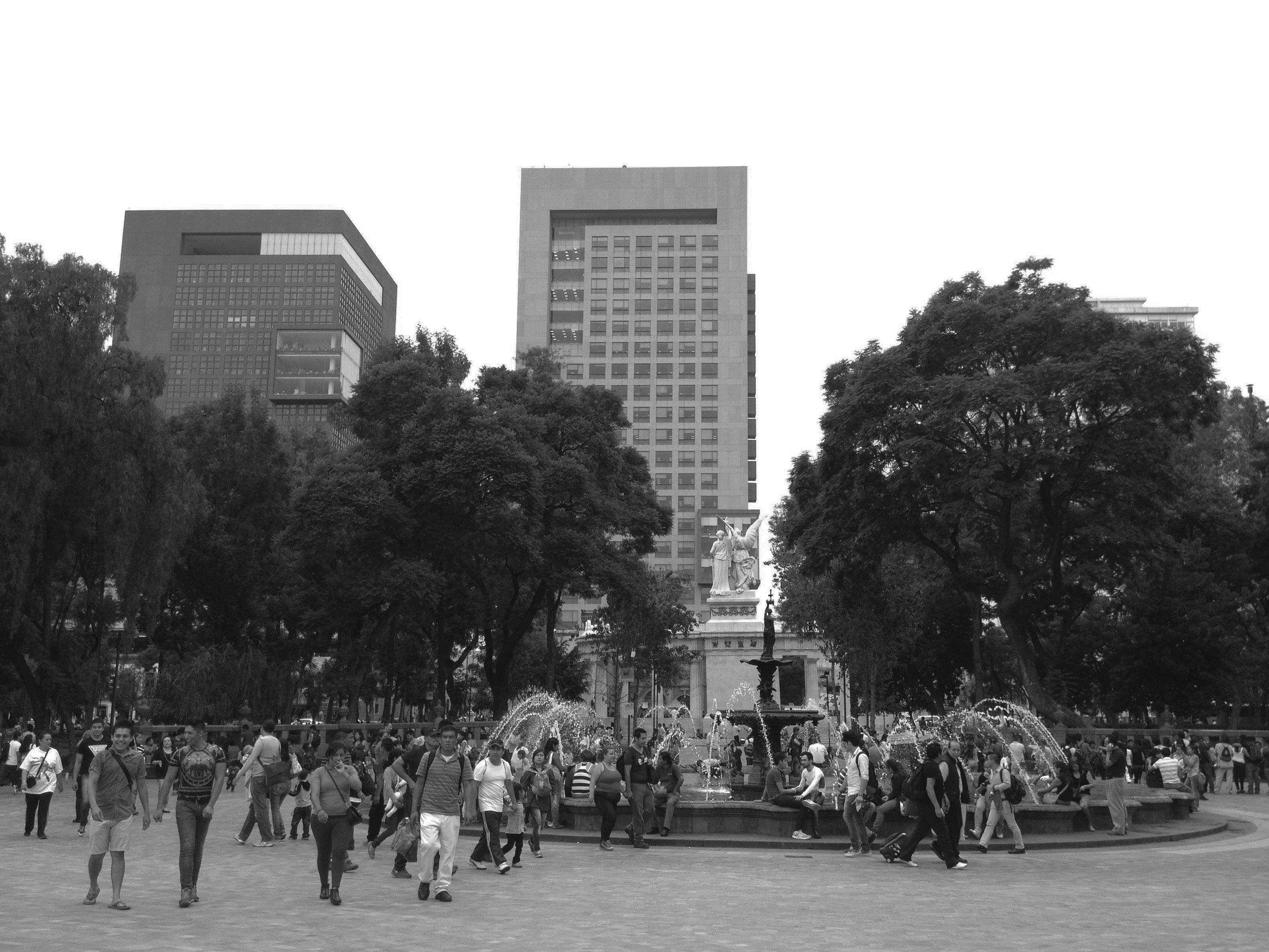 My work and research interests sit at the intersection between urban studies and urban theory in Latin America. My PhD is in dialogue with three main types of urban literature: urban regeneration, urban heritage and public space in the light of place attachment and memory of place. I study how urban heritage and regeneration policies have modified the urban life in historic public spaces in Mexico City’s Historic Centre, using the Alameda Central as a case study.

The Alameda is one of the oldest public parks in the Americas, planned in 1592. The Mexican national government recognised the Historic Centre, including the Alameda Central, as a protected heritage area in 1980 and UNESCO declared it as World Heritage Site in 1987. Since then, the Mexican government have enacted a variety urban policies, which have focused on the conservation of urban layout and building facades and/or restriction of ‘undesirable’ practices, such as street vending, prostitution or begging.

Over the centuries, we can refer to the Alameda Central many ways: a walkway of the poplar trees, an extension of the surrounding Catholic churches, a park for the elites, a place for national celebrations, a park where lovers met, a shelter during natural disasters, an informal street market. Currently, the Alameda gives place to various simultaneous practices. It is a place for cultural activities, a park where ‘hidden’ gay prostitution is still practised, a public space for the ‘Ni Una Menos’ feminist protest, a place where regular visitors still go to socialise or find solitude in the hectic Historic Centre.

Urban heritage and regeneration policies in Mexico City have given little attention to how different groups have engaged in the Alameda Central daily and whether their interest in this public park is grounded on personal memory or attachment to it. Recognising quotidian practices, memories of and attachment to the Alameda may help to understand how urban heritage is experienced on day-to-day.

I am a PhD Candidate at the UCL Institute of the Americas. I hold an MSc in Sustainable Urbanism from The Bartlett and I am a qualified architect in Mexico. My doctoral research is supported by CONACYT-Mexico. Currently, I am a tutor in the module Sustainable Urban Design at The Bartlett UCL. I was a lecturer and researcher at Universidad Iberoamericana Mexico City – Department of Architecture and Urbanism (2016-2019), where I taught modules of history of urban form, introduction to urban planning and architectural design studios. I also lead courses in architectural design and introduction to sustainability at Universidad Anáhuac México (2014-2016). ORCID: 0000-0002-8477-9044

Image: A Saturday afternoon in the Alameda Central in the Historic Centre of Mexico City.