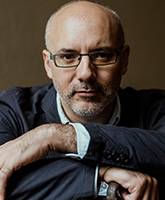 Paulo Drinot's main research focus is the history of Peru in the late nineteenth and early twentieth centuries. His thematic interests include labour history and state formation, racism and exclusion, gender and sexuality, the social history of medicine, and memory and historiography. He is currently working on a biography of José Carlos Mariátegui, a project supported by a Leverhulme Trust Major Research Fellowship.

AMER0074 History and Politics of Latin America, c. 1930 to the Present

AMER0070 Che Guevara: The Making of a Revolutionary

AMER0008 From Silver to Cocaine

AMER0027 Histories of Exclusion: Race and Ethnicity in Latin America