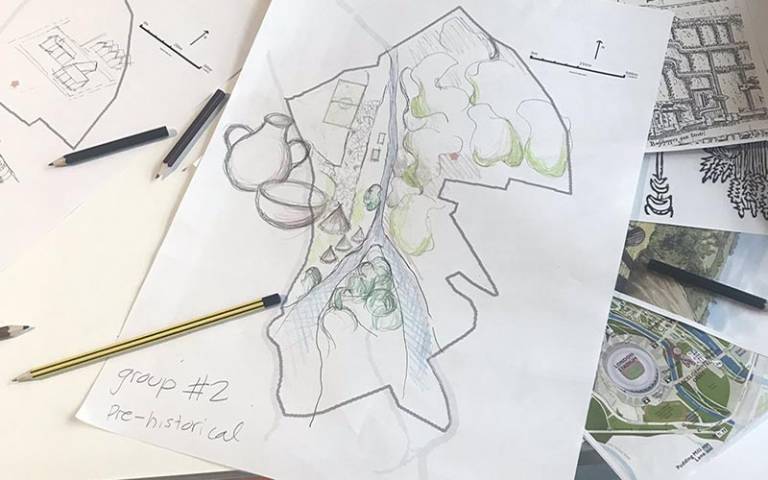 The workshops were organised as a pilot of the types of community partnerships, audiences and activities that might be developed as part of the Urban Room and Memory Workshop programme at UCL East.

Hosted in July 2019 and funded by the UCL East Engagement Seed Fund, the workshops were run in partnership with local community practitioners, Nicole Crockett (project coordination) and John Wallett (Livingmaps Network), on behalf of UCL Urban Laboratory. The project developed and tested two participatory mapping workshops exploring ideas around heritage, memory and the future, in the changing urban landscape of east London, specifically the Queen Elizabeth Olympic Park and the surrounding neighbourhoods.

The two workshops engaged loosely with The Groundbreakers, a heritage engagement project by Livingmaps Network, which is seeking to create two audio trails presenting the rich and varied heritage of the Park. The workshops aimed to engage local people in journeys around the Park, visiting heritage hotspots on the Groundbreakers trail, uncovering the hidden history of the site, and working together to create maps, which captured audience members experiences and responses to the area.

This document, writen by Nicole Crockett, summarises the activities that took place, outlines their effectiveness and highlights issues for consideration in future UCL East and Urban Room public engagement work.