Cities Imaginaries is a broad public programme of screenings, salons, exhibitions, performances, workshops and other events that curate and create cultural representations of cities and urban life. 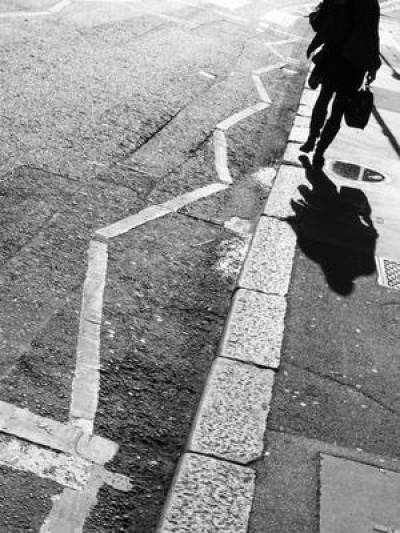 Through this activity strand, artists can interact with UCL and other communities in producing and debating historically-informed radical urban imaginaries for the future.

We have a strong focus on urban culture, design and aesthetics, the representation of cities of the past, present, and future - as well as their challenges to representability - and the relations between different urban imaginaries and material conditions.

Cities Imaginaries was launched in October 2014 with a keynote lecture by Amit Chaudhuri. It is the successor to City Centre, which was based in the UCL Department of English from it's launch in June 2010 as an attempt to co-ordinate a range of different research projects on aspects of the cultural and literary history of the metropolis from the Middle Ages to the present.

Cities Imaginaries will stage conferences, debates, seminars and symposiums in which artists, film-makers, scholars, scientists, students and writers can discuss the representation of the city. The activity strand is led by Urban Lab Co-Director Matthew Beaumont.

Stadtklang is an irregular UCL Urban Laboratory music night for anyone interested in cities and urban life  - exploring the sounds of the city in a relaxing environment in the innovative surroundings of the Arcola Theatre on Sunday evenings.

It's an opportunity for like-minded people to meet away from the seminar room, office, studio and lecture theatre, to hatch plans, compare ideas and find out what they've been up to over the weekend.

Acclaimed author and academic, Amit Chaudhuri, was our guest speaker, providing a dialogue on a writer's changing relationship to the ordinary in the time of globalisation.

Pioneering Indian feminist author and publisher Urvashi Butalia delivered the third annual lecture in 2017, telling the story of Mona Ahmed, a hijra, in the city of Delhi. This lecture was organised in association with UCL's India Voices season. You can watch a video of the lecture here.

The 2018 lecture was delivered by historian and broadcaster David Olusoga on 22 May 2018, speaking of how Britain's cities were born with a 'housing problem' already hard wired into them. You can read a summary of the lecture here.

The 2019 lecture by Sonjah Stanley Niaah took place on 16 May, followed by a day of activities on urban sound, performance cultures and transnational identities at the Bloomsbury Theatre.

The 2020 lecture by Gus Casely-Hayford OBE, Founding Director of V&A East, was live streamed on Thursday 26 November. The recording will be made available in April 2021.

Writer and T.S. Eliot Prize winner Roger Robinson will deliver the 2021 Cities Imaginaries lecture on Thursday 20 May. Registration is open on the event page.

Cities After Hours is a colloquium bringing together researchers from across UCL who are considering the city "after hours" from a variety of disciplinary perspectives. Supported by UCL's Joint Faculty of Graduate Studies and UCL Urban Laboratory, and organised by Ruth Austin (UCL French), the first edition took place on 13 May 2015.