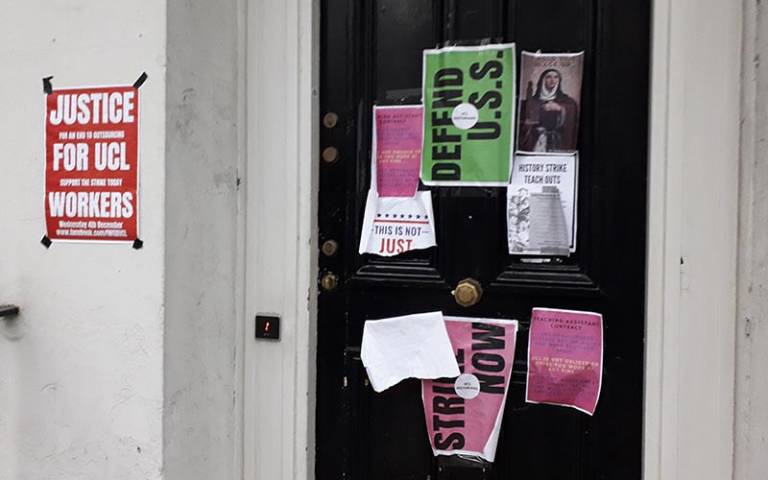 Do we need to refer to Wasteland in planetary terms? In what ways can Wasteland help reorient our understandings of society and its pluriverse? What does ‘waste’ mean, applied to people? What use are ‘sustainable’ products if their producers are disposable? How can we address problems of Waste without questioning our values? Why do we find it easier to talk about Waste than the global inequality that drives it?

Dramatist and UCL alumna Nicola Baldwin joined the Urban Lab and IAS on a Creative Fellowship to collaborate with Dr Pushpa Arabindoo, co-director of UCL Urban Laboratory, on The City Dionysia – Narrating Wasteland in Urban Life. Invoking the ancient Greek practice of CITY DIONYSIA where plays fuelled public debate, the project set out to explore how twenty-first century theatre could create new audiences for academic research.

Using as a testbed Pushpa’s priority area of ‘Wasteland’ at UCL Urban Laboratory and the 2019-2020 collaborative annual theme of ‘Waste’ at the IAS and Urban Lab, Nicola collaborated with students on the MSc Urban Studies programme, actors, and wider IAS community. Exploring political practices of urban activism as forms of theatricality that can dramatise, and more than symbolically address a theme, to imagine an urban performativity that offers new ideas about the role of theatre in society, and representation of Wasteland as a liminal space.

Wasteland tells the story of one night… the night before the launch of academic LOU’s prize-winning departmental building; the first shift back at work for cleaner ROSA after her strike; meanwhile student JESS races against time in the 24-hour library before her day job. It is also the story of one tumultuous year, and THE PLAY fights to make sense of 2020’s unfolding drama in which Waste spills out from academic research in ever larger waves; the IWGB industrial action at UCL; UCU contract strikes; and eventual worldwide pandemic.

The first draft of Wasteland had an online reading in July 2020 and is currently being developed for virtual, and site-specific performance.

Specially written monologues for ‘Alternative Epistemologies’ by the original cast.

- Shreya Patel as THE PLAY