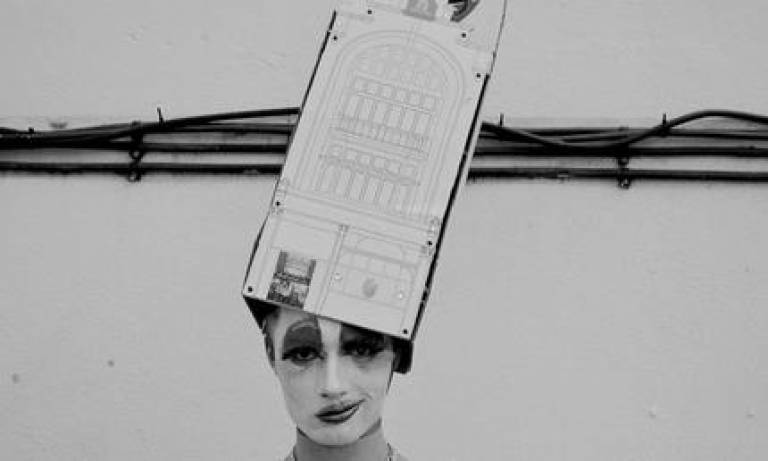 Join us to celebrate the ways that LGBTQ+ people and communities create night-spaces in the city. We will think together about how LGBTQ people have contributed to urban change in London, as well as the specific challenges and opportunities LGBTQ communities face in queering the capital at night.

The evening will be hosted by Dr Sharon Husbands (Naked Boys Reading, Ask Dr Shaz) and will feature performances and provocations from:

Travis will read poetry from 'before i step outside (you love me)', including OBSTACLE, which details of experiences of harassment on a night out. Travis Alabanza is a performer, writer and theatre maker. Known for increasingly paving much of the UK conversation around trans politics, Alabanza has become a staple part of the London queer scene and further afield.

Chardine will speak on the experience of reviving the Shim Sham club; and on liaising with straight venues to produce a queer club night. Chardine Taylor-Stone is an award-winning cultural producer, writer and feminist activist. She is the founder of Black Girls Picnic a global movement in collective self care for Black women and girls, Stop Rainbow Racism and bangs the drums in Black feminist punk band Big Joanie. In 2017 she won the British LGBT award for contribution to LGBTQIA life.

A discussion about the challenges and potentials of queering space in new urban developments - how well does the planning system work for LGBTQ+ spaces and communities? What spaces should be protected and how? How do London and the UK compare with other contexts? Co-founded by Simon Brooksbank and Rob Krzyszowski, Planning Out is a network of LGBT+ urban planners. Friends of the Joiners Arms are a campaign group seeking to save and evolve The Joiners Arms.

Dan will speak from Stuart Feather's book, Blowing the Lid: Gay Liberation, Sexual Revolution and Radical Queens (2016). Dan de la Motte is a Queer performer, presenter and activist. His 2017 credits include Lipstuck at the Glory and Reading Fringe, compereing The Big Gay Lunch at the National Liberal Society and Acts of Sexual Offence at the Glory (both to mark the 50th Anniversary of Partial Decriminalisation of Homosexuality in England and Wales), co-hosting the inaugural BANG BUS for Queer Tours of London, Bedtime Stories at the Hen and Chickens, as well as, of course, appearing on Bargain Hunt and achieving meme status. Please note, Dan de la Motte replaces the previously advertised Stuart Feather due to illness.

Queer readings of planning applications in the mode of the 1931 New York Beaux Arts Ball. This moment, when modernist architects famously masqueraded as their own buildings, will be evoked to highlight the bureaucracy and ephemera underpinning London's LGBTQ+ night-spaces, bringing to life evidence collated as part of Urban Lab's research project LGBTQ+ Nightlife in London.

Curated by Ben Campkin and Laura Marshall (UCL Urban Laboratory) in partnership with the Museum of London, City Now City Future, a season of ideas, debate and inspiration.