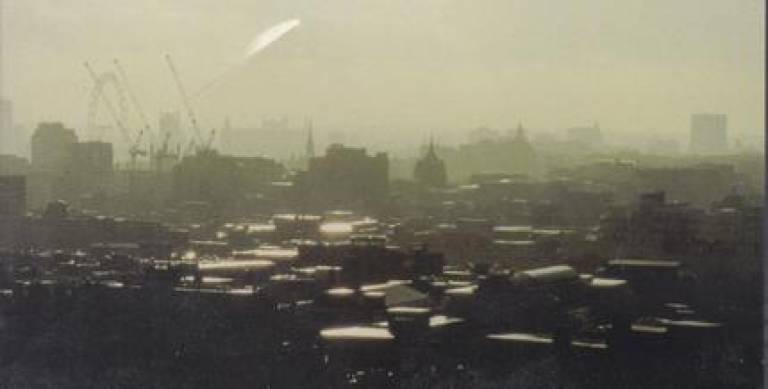 A hymn to London that takes us on a journey from the suburbs to the heart of the city, with a mesmerizing score by Saint Etienne (Bob Stanley, Pete Wiggs and Sarah Cracknell). London has long been a source of influence, stimulation and curiosity for the band, and the film is a poignant 'psycho-geographical' drama that celebrates the capital in both its seediness and glory. Exploring the dreams the city holds for so many alongside the reality of urban life, the result is an extraordinary record of London today.

This film tracks the Minhocão or 'giant earthworm': an elevated highway slicing through São Paulo, subtly connecting Brazil's ambitious architectural past to its troubled political present. On Sundays, when it is closed to vehicles, residents reclaim the highway for cycling, walking or partying. What was once a scar is now almost beautiful.

Shot from the 21st floor of the iconic Balfron Tower, the film takes in the city of London below. Filmed mostly in time-lapse with the camera tracking across this aerial field of view, the intention is to create a cinematic map that exposes the neural networks of the post-modern metropolis; producing a film that reveals the workings of London's nervous system.

A post-screening panel will be chaired by James O'Leary (The Bartlett School of Architecture, UCL), and feature Amica Dall (Assemble) and Matthew Beaumont (UCL English/Urban Lab).

Further screenings will be organised to accompany the rest of the Edge journey, on both Friday 6 October at Here East, and Friday 3 November in Folkestone.