Studio lessons from a re-emerging Rwanda 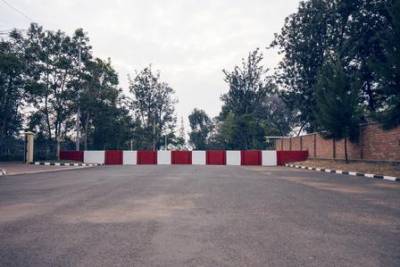 Today Rwanda's built environment sits at a critical juncture. The pre-dominant settlement pattern of informality and former agricultural land uses, collide with the 2020 Kigali neo-liberal vision for the city's future, that asserts Rwanda's emergence within East Africa as the financial gateway to East Africa.

As such urban planning policies and architectural doctrines seem to bare no contextual relevance to the semi-pastoral setting of Kigali and influence land development policies that are incongruous with the needs of the majority of the people within Rwanda's rural settlements. In Rwanda, a backdrop of generic high-rise buildings, constructed of curtain walling and concrete, characterises modernism and dominates the built environment. In Rwanda, most materials have to be imported due to it being geographically landlocked. The countries steep or marshy terrain limits 'buildable land' with urban redevelopment favouring plateaus on the tops of hills, giving urban development high visibility and valorising this new visual order.

Kigali's emergent built environment presented disruptive potential in an already vulnerable post-conflict setting.  Several academics/practitioners felt the new School of Architecture (realised in 2008) and it's future generation of architects and urban planners should engage with these challenges stepping outside of the physical institution to work alongside inner city displaced communities to develop alternative strategies to the imported Singaporese master plan. These studios invited city officials to attend design reviews and presentations, mustering decision makers and professionals around the vacuum of power existing within post-conflict Rwanda.