STS's Eleanor Armstrong features on the cover of the June 2019 issue of Viewpoint, the magazine of the British Society for the History of Science (BSHS). 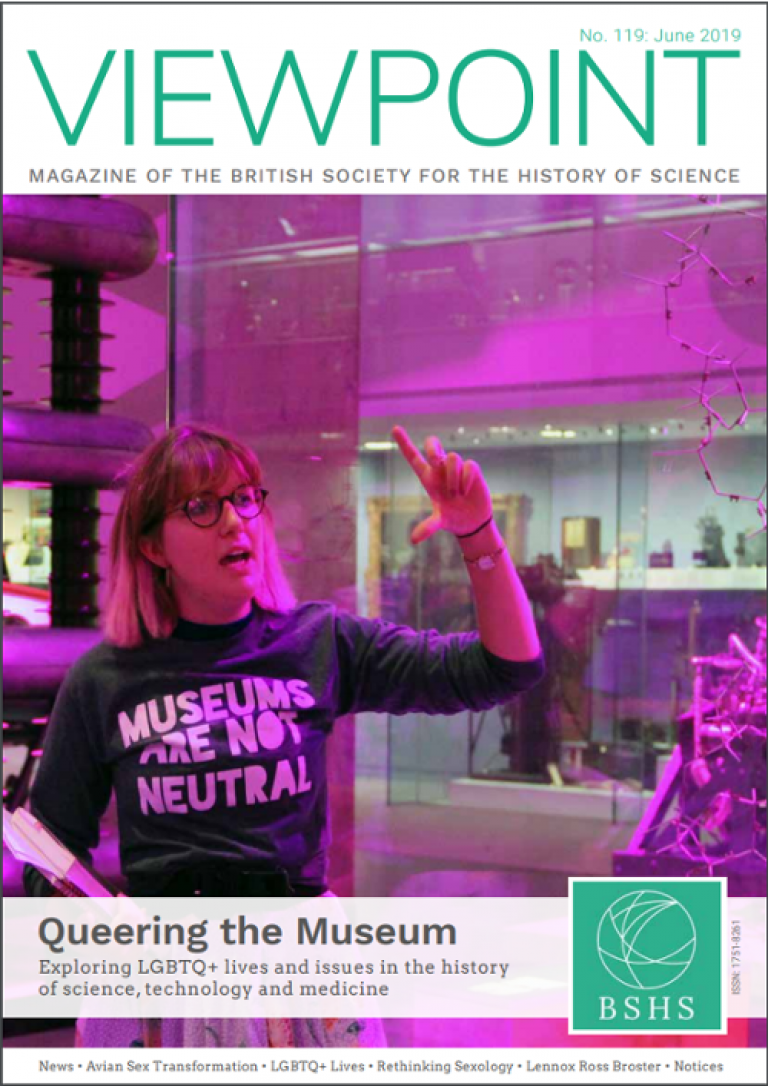 Alongside her PhD study at UCL, Eleanor has been one of the leads on the 'Queering the Museum' tours at the Science Museum. These free tours, created in conjunction with her colleague Damien Arness-Dalton, looked at under-represented work by members of the LGBTQ+ community, such as Roberta Cowell, James Barry and Jackie Wan.

"We drew on Susan Ferentinos’ ideas that queer theory gives us ‘a focus on outsiders [that] has the potential to reveal a great deal about the society as a whole.’ We took Ferentinos’ emphasis on outsiders to critique why some narratives fall outside the current scope of the museum, looking beyond the normative understanding of STEMM professionals, who are alluded to in museum objects."

The tours were considered such a success that Eleanor was invited to write an article for Viewpoint, the magazine of the BSHS, and appears on the cover of their June edition. Her article cites a number of works, including the new book Equity, Exclusion and Everyday Science Learning by STS's Emily Dawson. The magazine also features pieces on pioneering LGBTQ+ scientists, gender variance in the 1930's, and much more.

You can find more information on the BSHS website - http://www.bshs.org.uk/