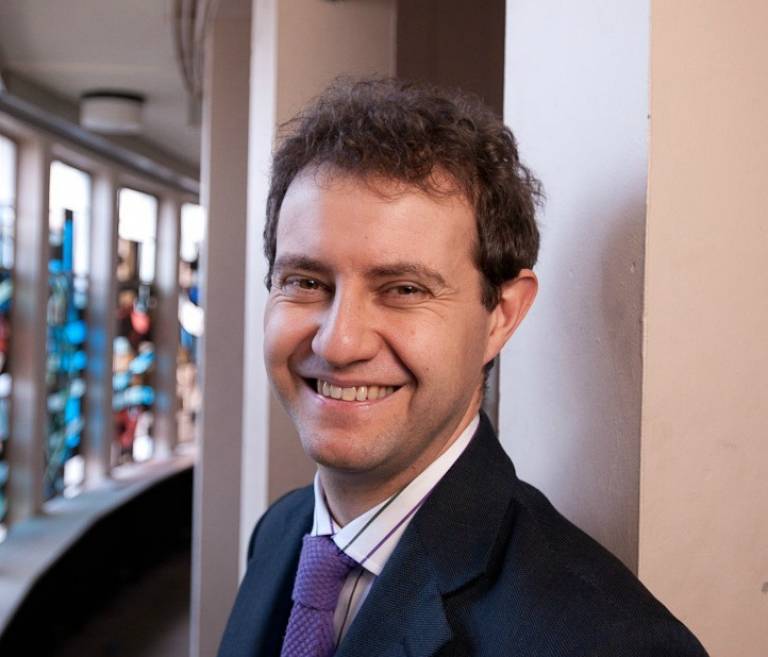 Our second JBS Haldane lecture of the 2018-19 year will be from Prof. Massimiano Bucchi (Trento), entitled "Geniuses, Heroes and Saints: How the Nobel Prize has (re)invented the public image of science", taking place on Weds 23rd January, from 6pm onwards.

The lecture will take place in the Harrie Massie Lecture Theatre, 25 Gordon Street, from 6pm on Weds 23rd January.

Studying the visibility of Nobel laureates in the sciences is an extraordinary gateway for understanding transformations in the public image of science – and of scientists – throughout the 20th century, as well as for analyzing how the Prize itself contributed to shape such image. The announcements pf the Nobel Prizes are in fact one of the occasions when science makes global headline news in the media; the halo and reputation of the prize reaching even those audiences which are quite distant and not much interested in science. Within this context, I identify three main popular narratives which characterize the prize and its public dimension.

Massimiano Bucchi is Professor of Science and Technology in Society and director of the Scicomm Master program, University of Trento, Italy and has been visiting professor in academic and research institutions in Asia, Europe, North America and Oceania. He is the editor of the international journal Public Understanding of Science (Sage).
He has published papers in journals such as Nature and Science and several books published in more than twenty countries, including Science in Society (London and New York, Routledge, 2004), Beyond Technocracy (New York, Springer, 2009); Handbook of Public Communication of Science and Technology (London & New York, Routledge, 2014) and the 4vols anthology The Public Communication of Science (London & New York, Routledge, 2016, both ed. with B. Trench). The English edition of his book about the Nobel prize will be published by MIT Press in 2019.